We arrived at the Hurricane Hole Marina in Nassau and tied up the boat. Then we got ready. We walked down the dock. The staff at the marina gave us a ride in the golf cart to Atlantis. When we finally got to the waterpark, we got our wristbands. 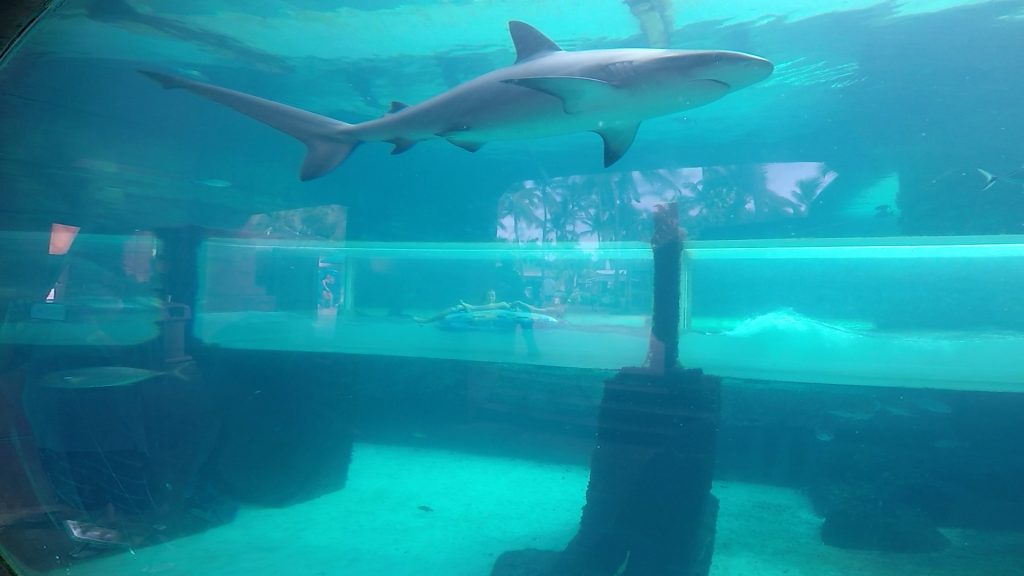 We found double tubes, and went up the stairs to the Mayan Temple. Bodin went with mom and I went with dad (you can see them in the tube). At the beginning of the Serpent Waterslide there’s a black hole where we sat in our double tube and pushed ourselves inside. The water shot us through the tube all the way down. I had butterflies in my stomach. At the end of the slide, we slowly floated through a shark tank. We saw Caribbean reef sharks and nurse sharks swimming around. The nurse sharks were laying down on the top, so we floated right underneath. It was cool.

At the top of the Mayan Temple there are two other slides: The Leap of Faith and The Challenger. Bodin and I went on The Challenger. The cool thing about the challenger is that it times you when you can race down. I won. After that, dad and me went on the Leap of Faith. It’s a very cool one. You go straight down without a tube through the shark tank, but you don’t see the sharks because you’re going too fast.

Then after the Mayan Temple slides, we went to the Power Tower. The cool thing about the Power Tower is that there are 3 tube slides: The Surge, The Drop and The Falls.

The biggest one is The Surge. We went on that one first. We climbed the stairs to the very top, and we could see the ocean from there. You sit on the tube and head straight down, then down again and then the slide shoots you back up into a black tube. After that, you splash into a river and you float down the river and it takes you through a tropical jungle area and you go under a waterfall. Then you float down to the River Rapids and the water takes you back around to the power tower. 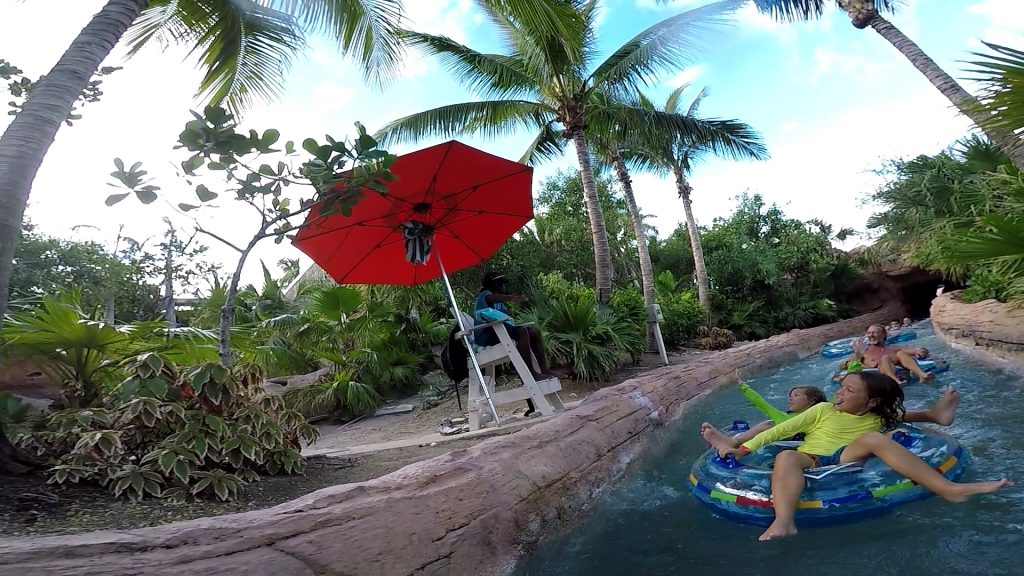 The Drop Waterslide pushes you through with jets up and down in a tube, then drops off in the River Rapids. The Falls Waterslide is very fast, but gentle without any steep drop-offs. It’s really fast though and brings you back to River Rapids. 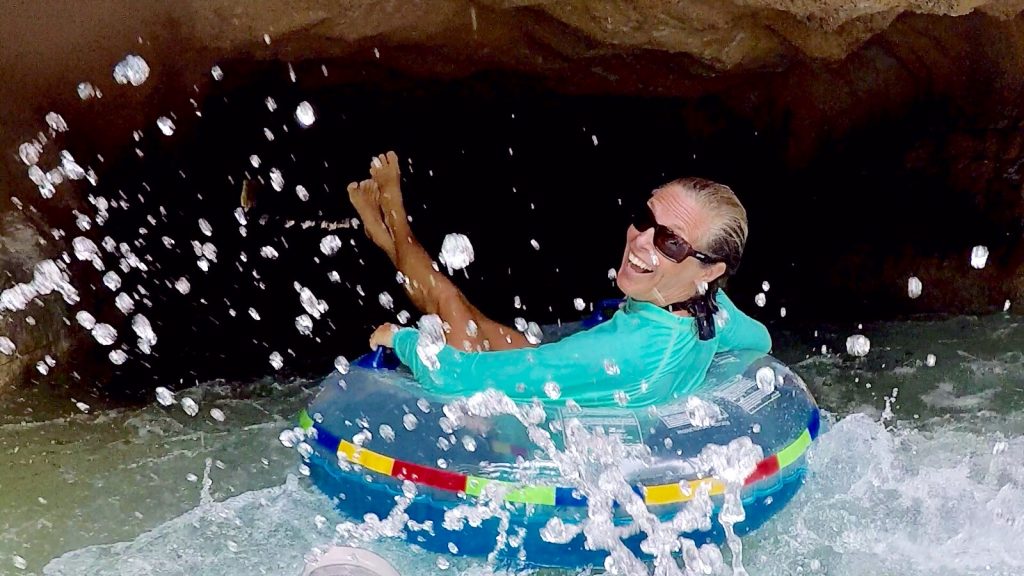 There’s one more slide in the Power Tower without tubes called The Abyss Waterslide. It’s the tallest in the park. That one was my favorite slide. It was my favorite because it was straight down really fast with a bump and then really fast again and you landed in an aquarium with fresh water piranhas called Pacus.

We also went to see all the aquariums at Atlantis. There’s glass everywhere and you walk through the ruins of Atlantis. Fish are swimming all around the ruins. It was so creative. I had a great time here.