Me and my family took a vacation to Melbourne Beach, Florida. The house we stayed in was right on the beach and near the Archie Carr Refuge. According to the Sea Turtle Conservancy, “Loggerhead sea turtle nesting in the Carr Refuge generally represents between 20 – 25% of all the loggerhead nesting in Florida.” 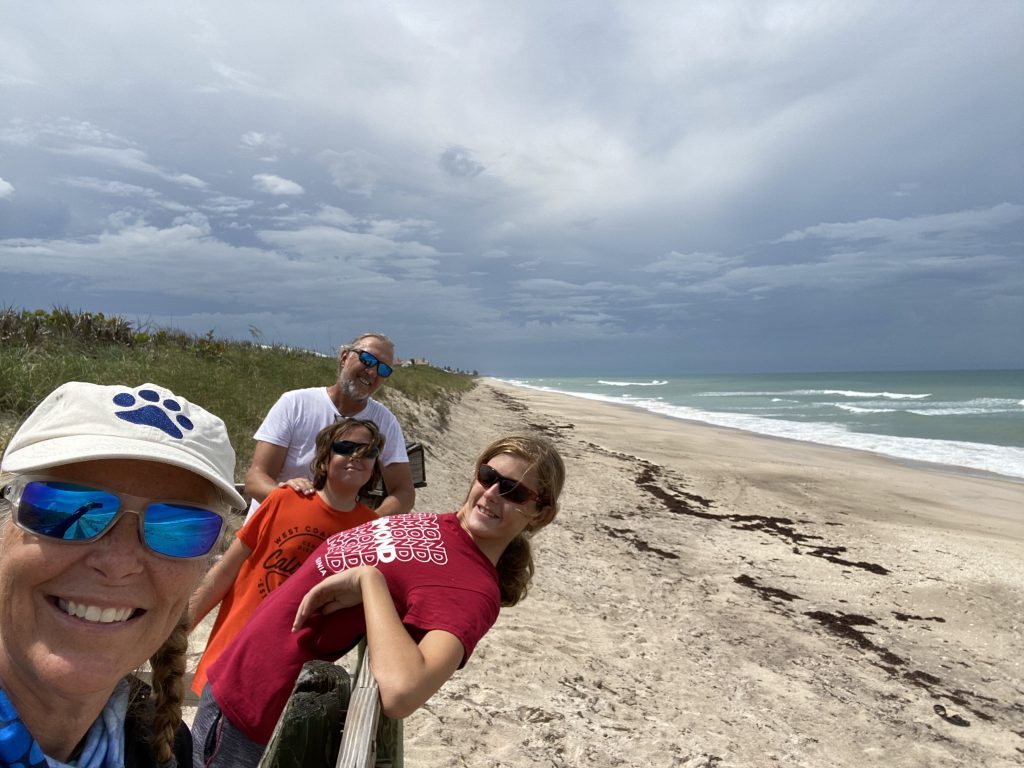 On the first night, we were walking on the beach after dark and saw red lights down on the sand. So we went to check it out. But before we made it there, we saw a black shadow crawling up from the ocean. So we stopped and watched. It was a mama loggerhead making her way up the beach to find a nesting spot.

It took her a while to make it up above the high water line almost to the sea grass. We watched her use her fins to dig a big hole. It took some time. She laid her eggs. The eggs look like ping pong balls. I learned that loggerheads can lay 150 eggs or more. Mom and dad said they watched and counted 60 eggs, but then they lost track. Also I learned that the loggerheads lay eggs at a few different times and in different places, so their eggs are not all in one basket as they say.

On the loggerhead’s way back down to the sea, we gently touched her heart shaped shell or carapace, just before the she took the wave back out to the ocean. She lit up with bioluminescence. The turtle sparkled, and it was really cool.

Every morning, we could look down the beach and see turtle tracks from the night before. We also saw a lot of egg shells down the beach. Some shells looked like the turtles had hatched, and other eggs were still whole. Maybe the storm called Isaias washed some nests away. 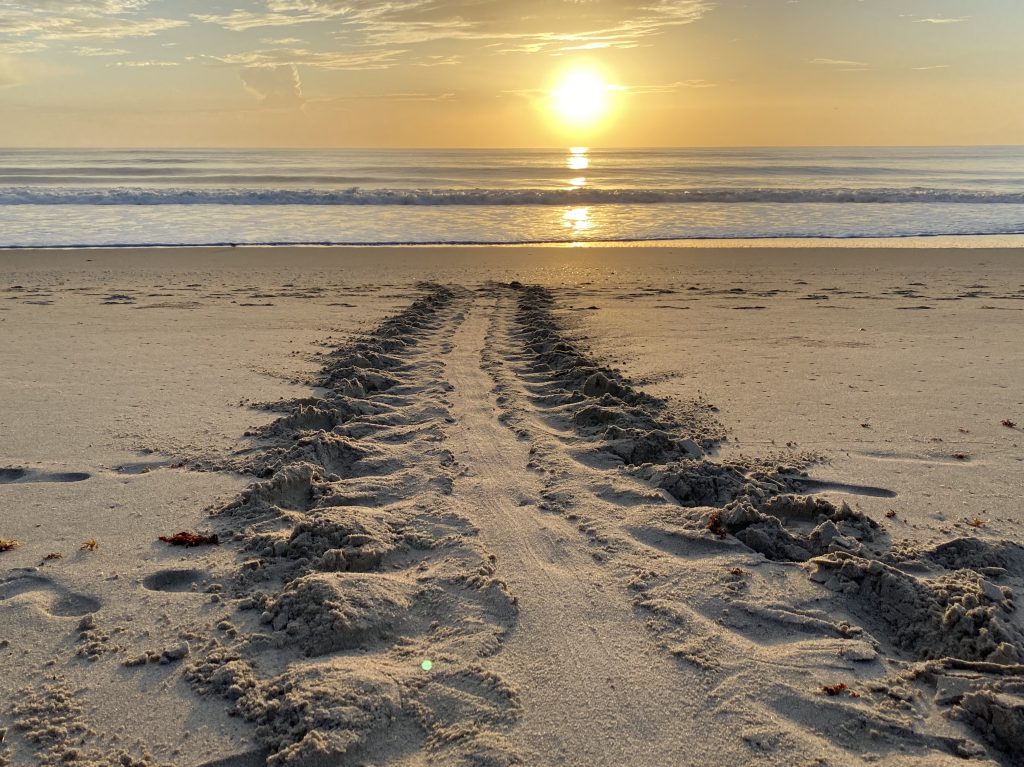 We read about turtles and learned that the loggerheads are the largest hard shell sea turtles. The huge leatherbacks have soft shells. Wikipedia says that they are 110 million years old. That means they were living with the dinosaurs. Also a group of sea turtles can be called a bale, a dole or a nest. 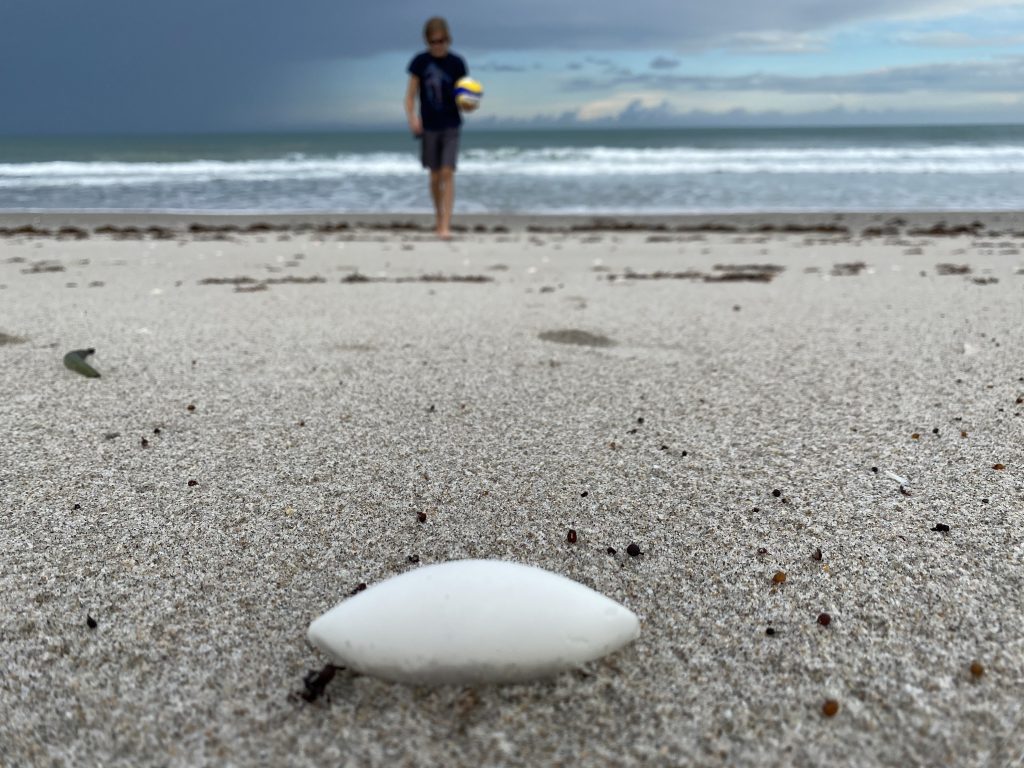 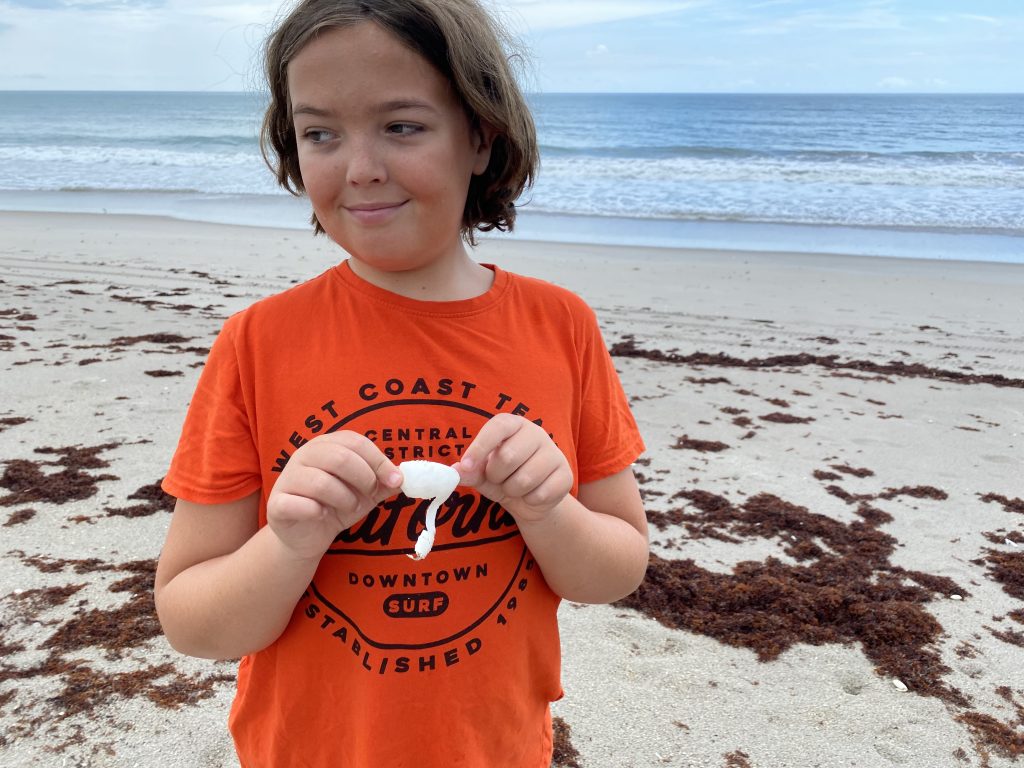 Loggerheads have been listed as an endangered species since 1978, so it was really special to be on the beach to see this.

The Family Island Regatta in Georgetown