Here in Grenada, we hang with the Grenada Hash House Harriers HHH every Saturday for a super fun walk in the bush. We’d never heard of “hashing” before we got to Grenada, and boy have we been missing out.

According to wikipedia, the HHH group originated in 1938 in what’s now called Malaysia. British officers and expats met on Monday evenings to run and rid themselves of their weekend’s excesses. The hike is like the traditional British game of “paper chase” or “hare and hounds.”

At each hash, the “hares” lay the trail. Then all us hashers follow the piles of white paper used to mark the path. The kids love it (usually, ha!).

They say Grenada’s HHH chapter is one of the largest hash groups in the world. With an endless supply of beautiful trails, gorgeous scenery, challenging inclines and enthusiastic locals, it’s hard to find a better way to spend a Saturday. The hashers refer to themselves as “drinkers with a running problem.” That’s why there’s always a party at the end of the trail. Ice cold beer and home cooked foods like Oil Down, barbecue chicken and breadfruit chips are always served. One week, we even got to try wild meats like stewed manicou and curried iguana. 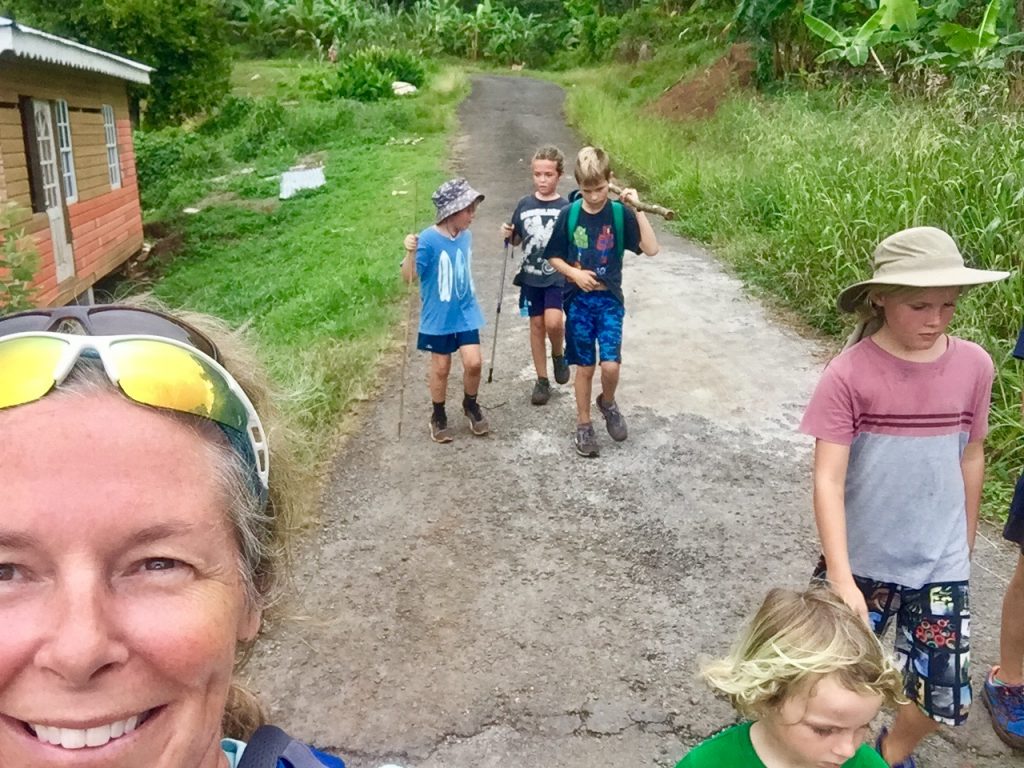 We helped celebrate the #1,500 hash —a special event with 6 different trails including an iron man trail—a few weeks ago. A few boatloads of friends piled into a local taxi and took the windy roads over the top of the island to get to the east side. We hiked among the bamboo forests, dense jungle and past fields of bananas. At the end, we all met up for cold drinks and food at the Cow Pen. 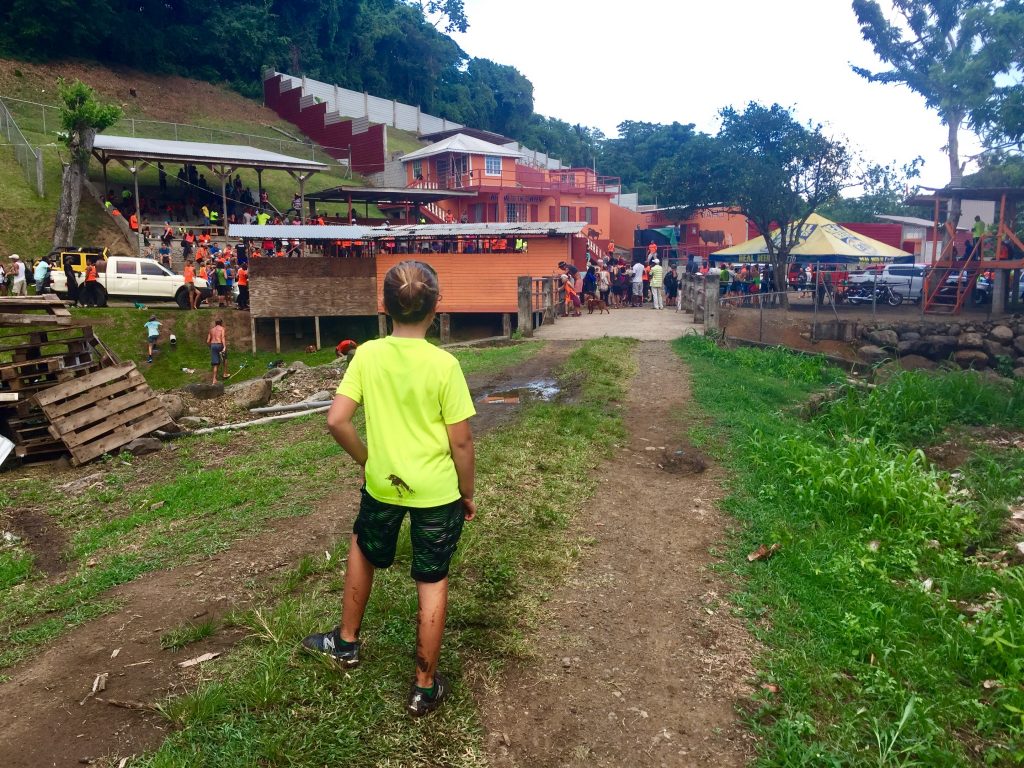 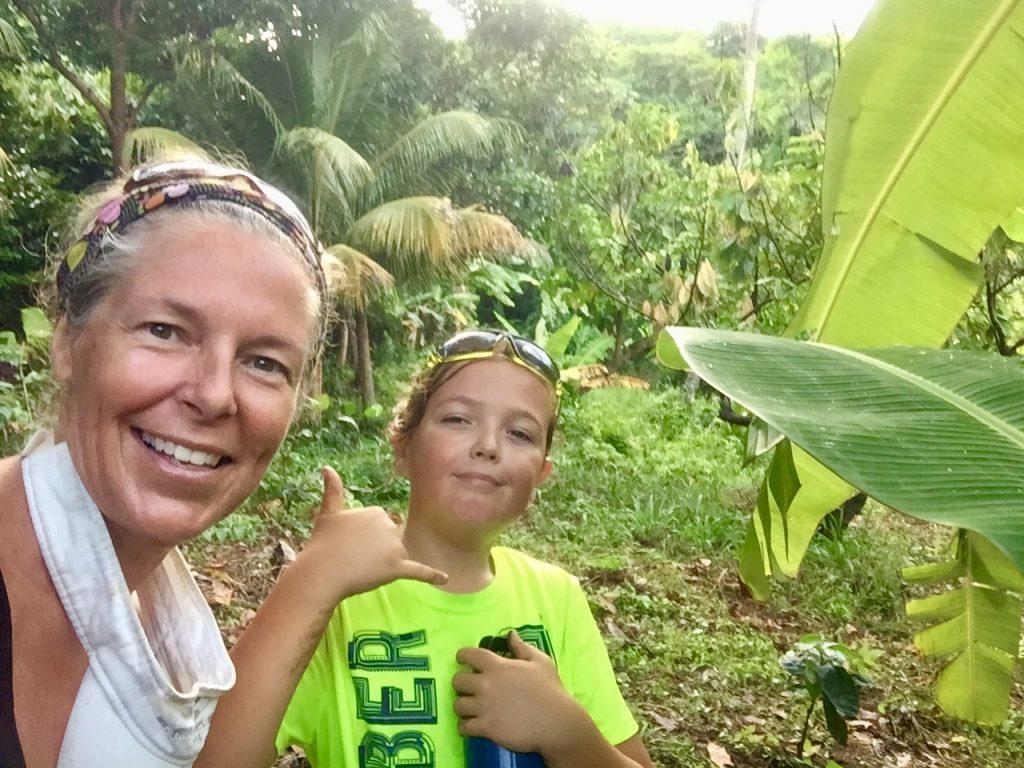 On another hash, we were lead all around St George and past the new parliament building. We walked through a stream, balanced on a ledge, crawled under a house, and cut through grass taller than ourselves! 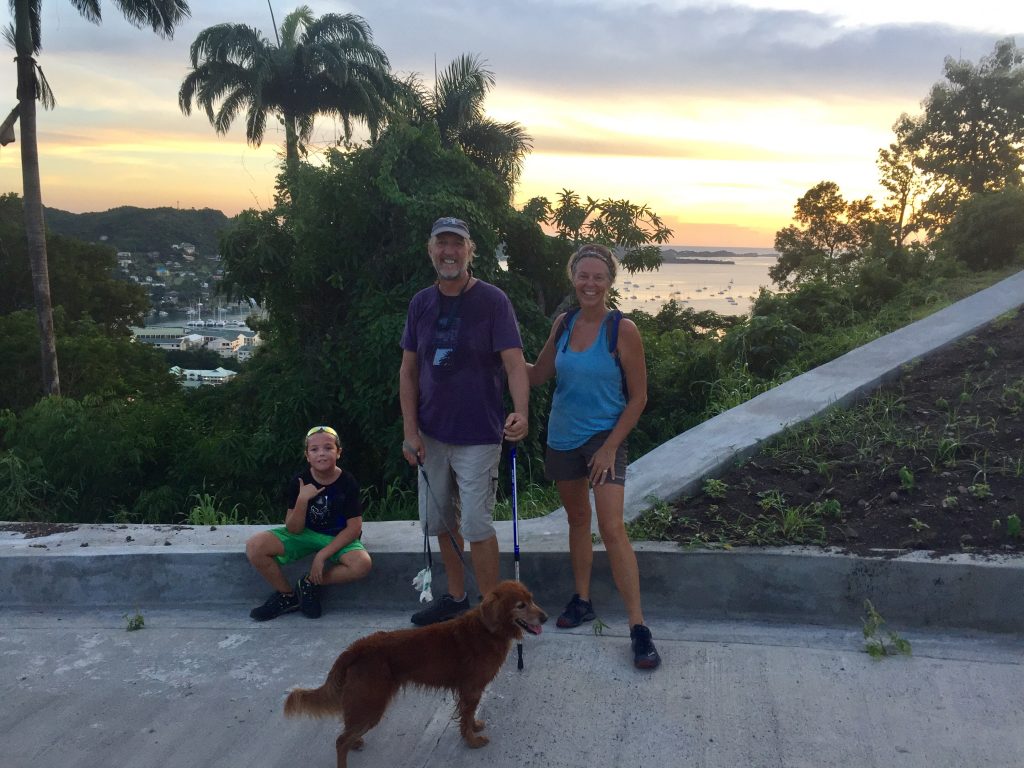 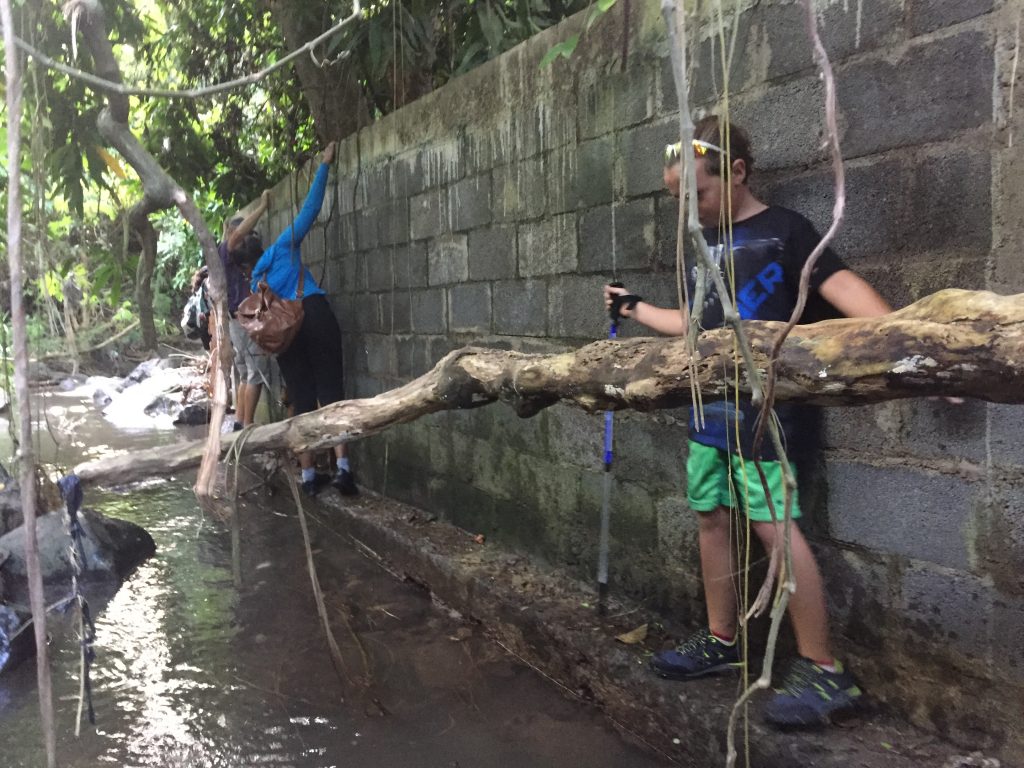 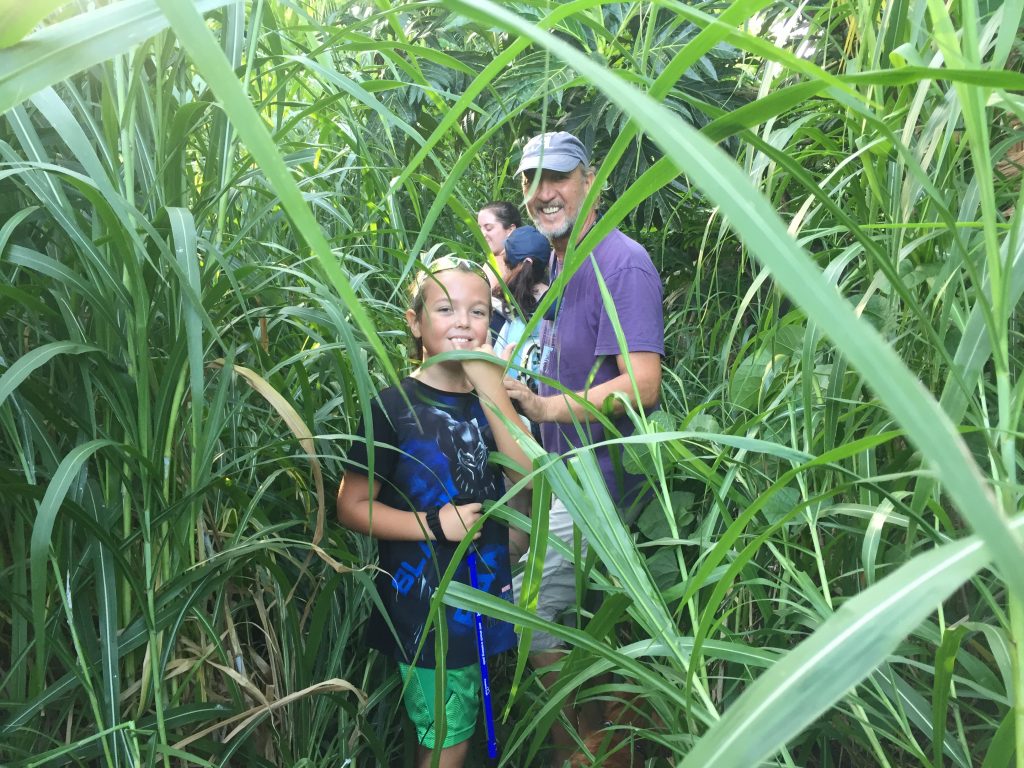 One city street hash in St George led us past the cricket stadium, in between neighborhoods, through backyards and up what felt like thousands of stairs. Locals were pointing us in the right direction as we took a few wrong turns. 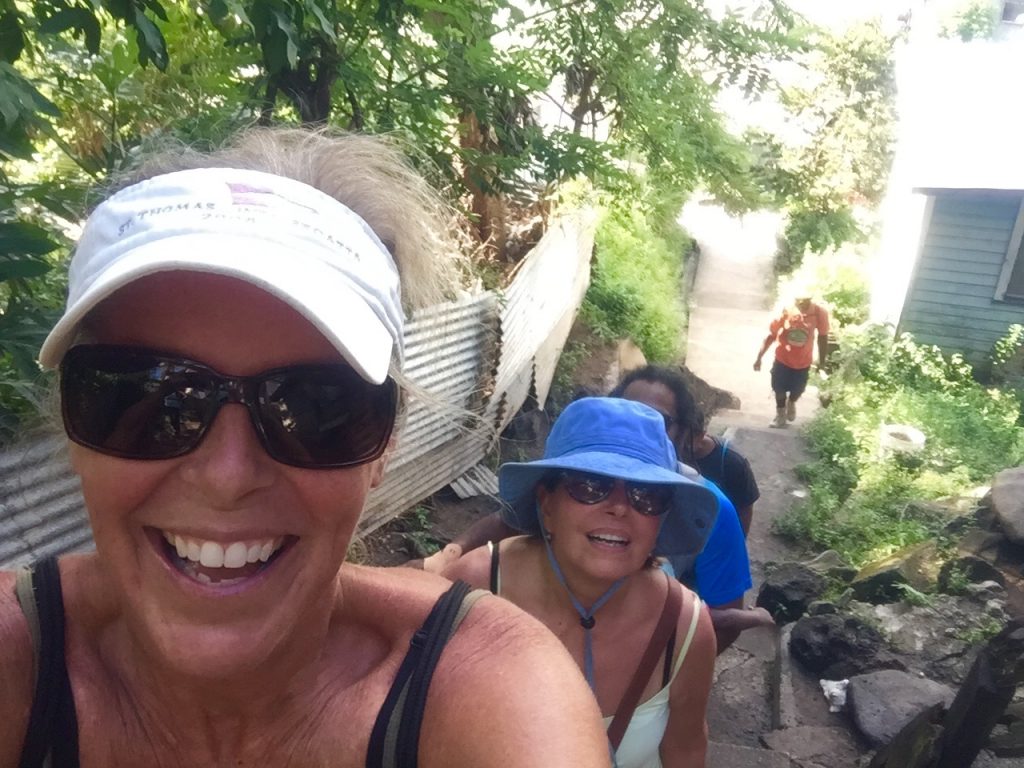 In Grand Mal, St George we hashed up up up through the greenest jungles to enjoy simply stunning views of the peaceful Caribbean Sea. The incline was almost ridiculous. There were trip-line roots, spiny palm trees and muddy slides, but we all did it. 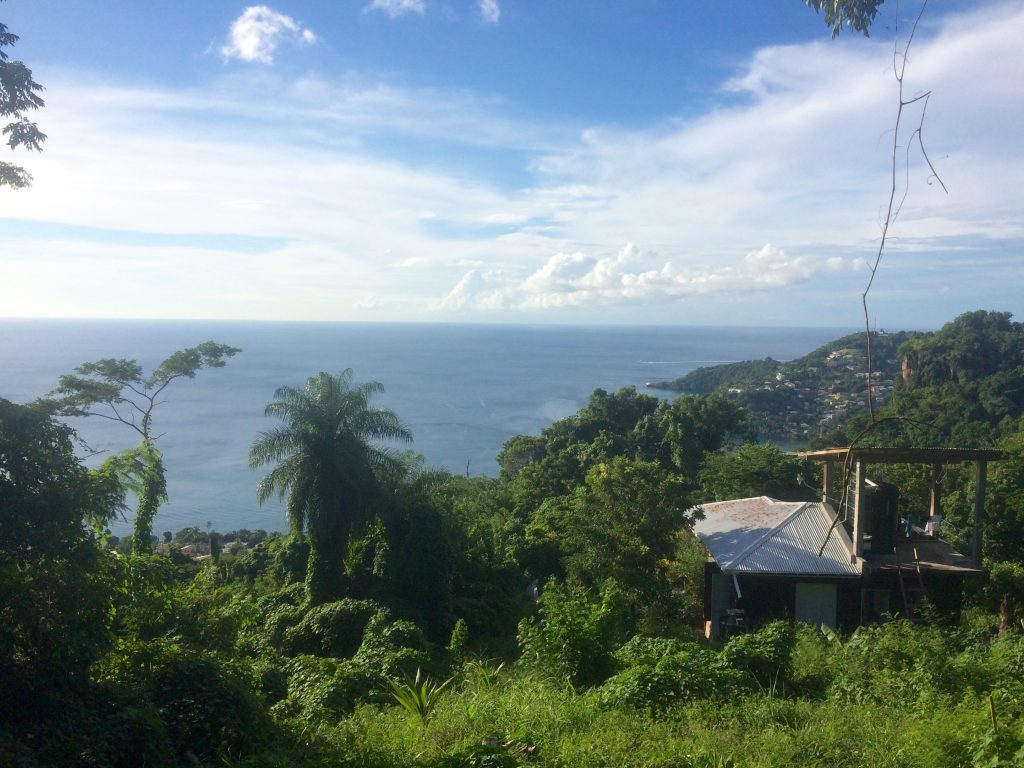