We didn’t know this and you might not have either… well, apparently no one really knew it until Drs. Anders Garm and Dan-Eric Nilsson decided to investigate. They published a study demonstrating that starfish are not only able to see objects with their eyes, but they also use their eyes to “visually guide” them towards their habitat. We learned this at the Virginia Institute of Marine Science tonight.

Each of the five tiny little red eyes can clearly be seen without microscope on the very tips on of the common sea star’s arms. The boys were excited to learn lots of strange facts about echinoderms (marine invertebrates of the phylum Echinodermata, such as a starfish, sea urchin, or sea cucumber) and especially disgusted to know that that they poop out of their mouths. 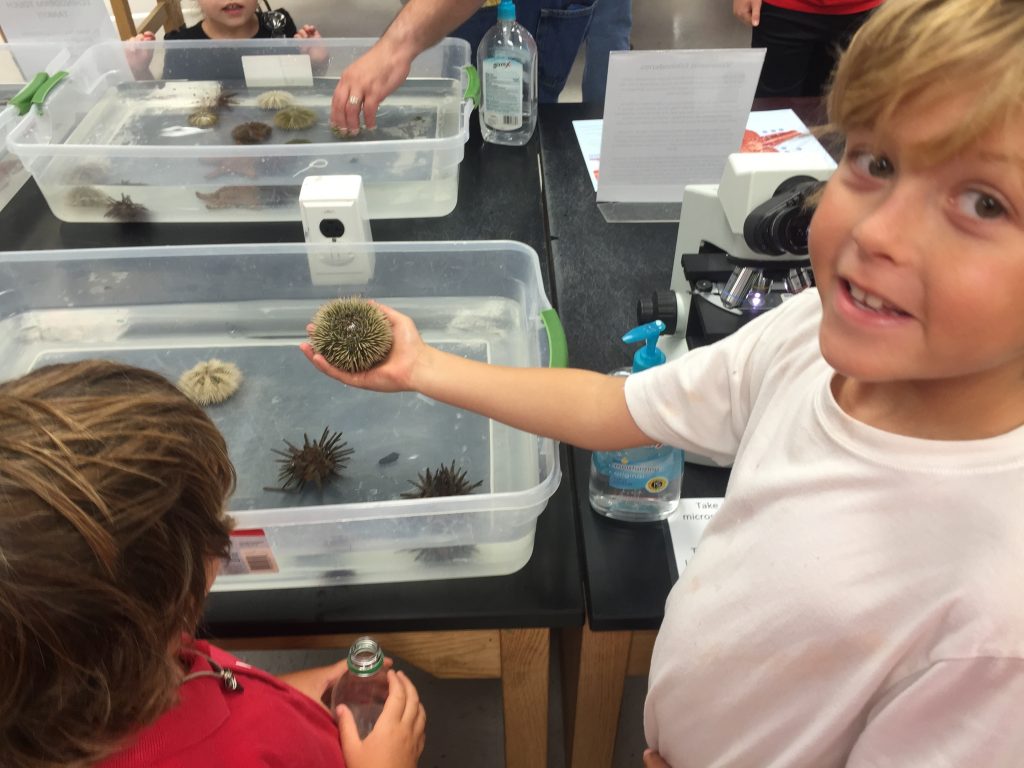 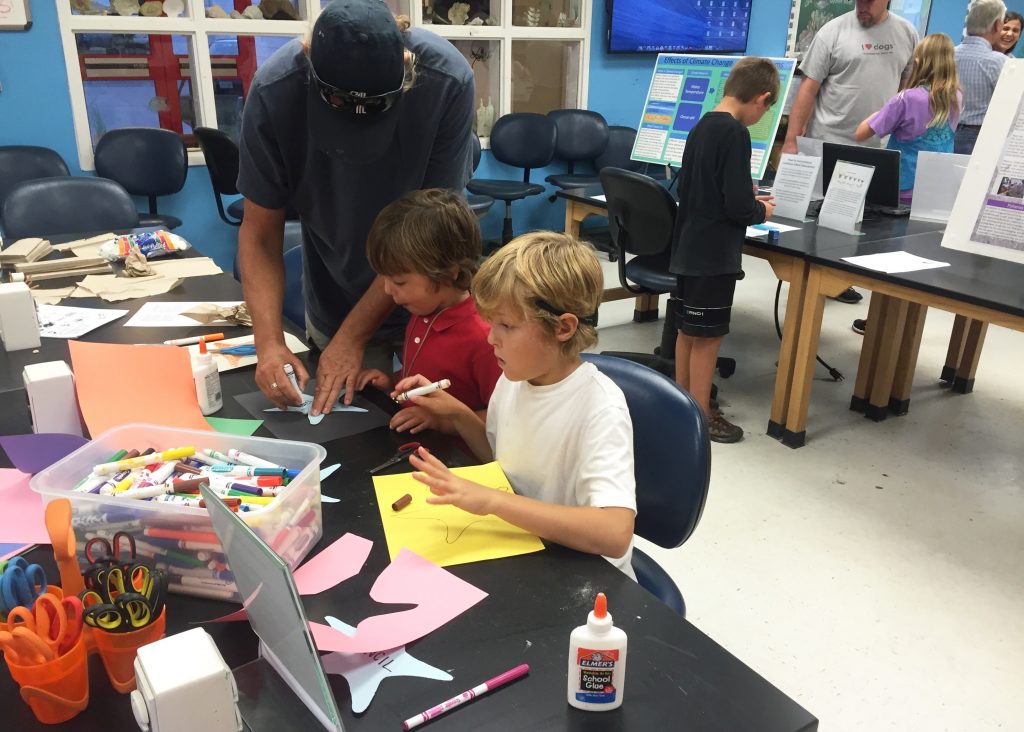 Zipping Through the El Yunque Jungle