The full moon party at Aragorn’s Art Studio in Trellis Bay in the BVI was so fun. We got to the beach just before the sun set and there were lots of people there already. We met some friends from others boats, and listened to the loud Caribbean Soca music played in front of the studio. 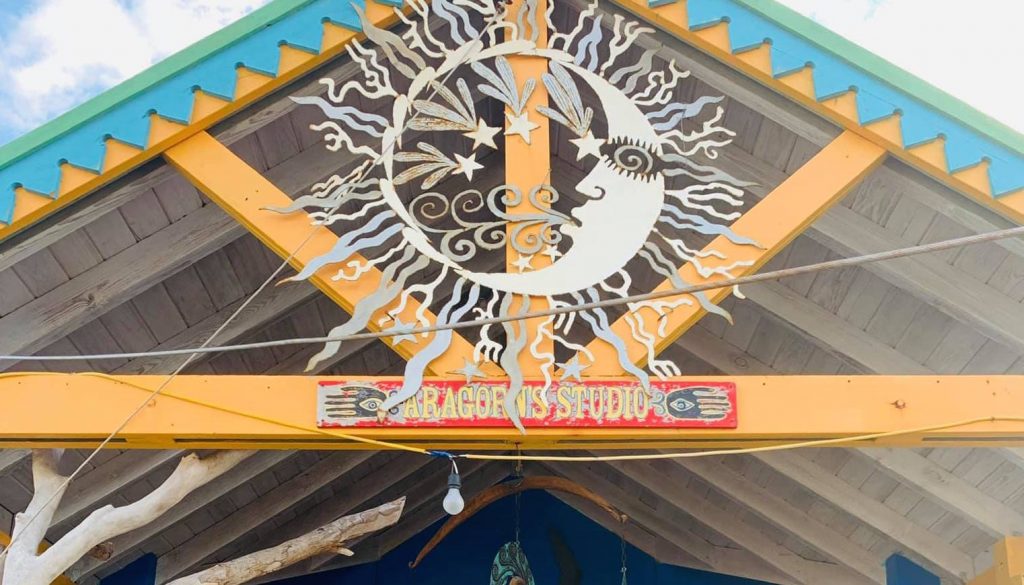 There was a giant purple hammock right in the middle of the beach with lots of kids on it. I ran and flipped into it while other kids relaxed in the higher parts of the hammock. It was huge!

After the sun set, giant metal balls were set on fire. There were carvings on the balls. Dad said they were old metal moorings that someone had carved with a tool. The carvings looked like dancers and devils lit up by the fire inside. 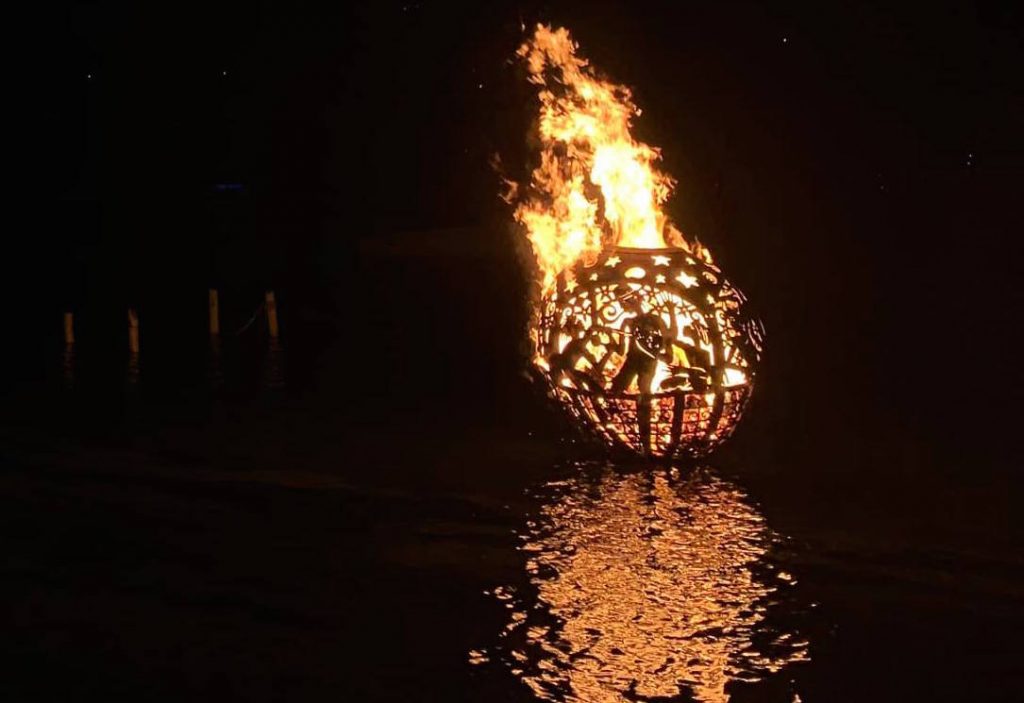 During the night, artists fired pottery, there was a girl doing acrobatics in an aerial hoop, an aerial silk dancer, and Moko Jumbie stilt walkers dancing and having fun in the sand. I tried the acrobatics in the aerial hoop. It was fun to spin while hanging — we should get one for the boat!

We finally did it in Little Farmer’s Cay!