Home » Uncategorized » So much to do in St Thomas, USVI!

So much to do in St Thomas, USVI!

Here in Red Hook, we anchor just off Vessup Beach. Racehorses swim past our boat some mornings. We wake up to hmmphhhh hmmphhhh snort snort and watch them swim circles around us. These guys are the biggest seahorses we’ve ever seen! 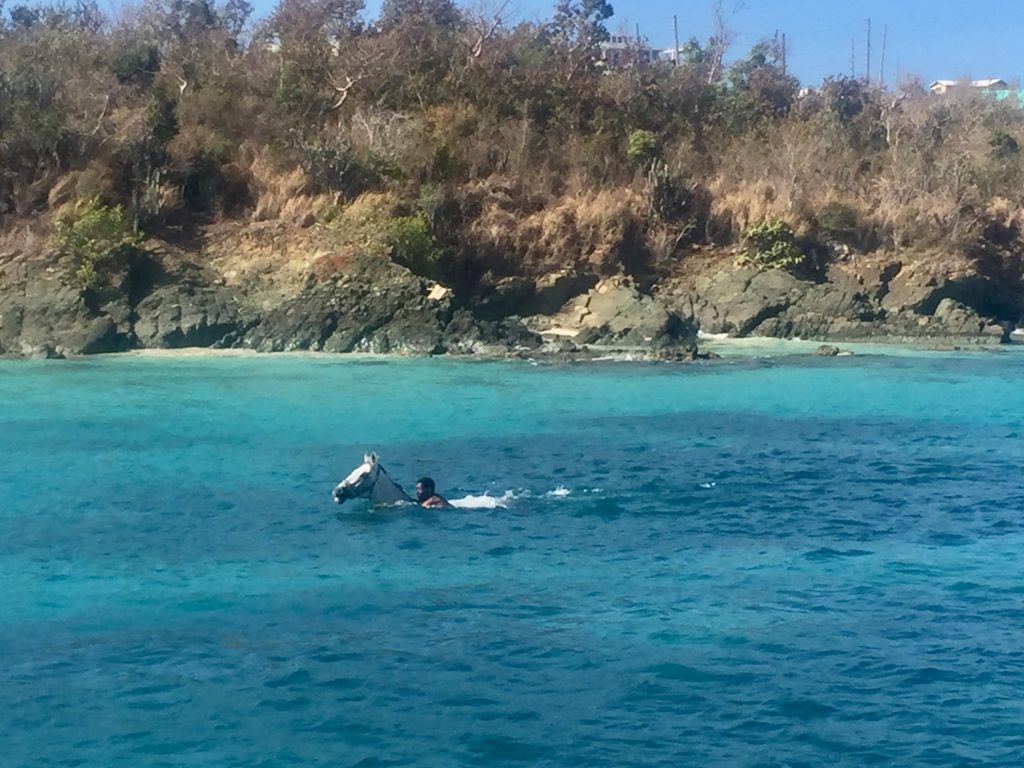 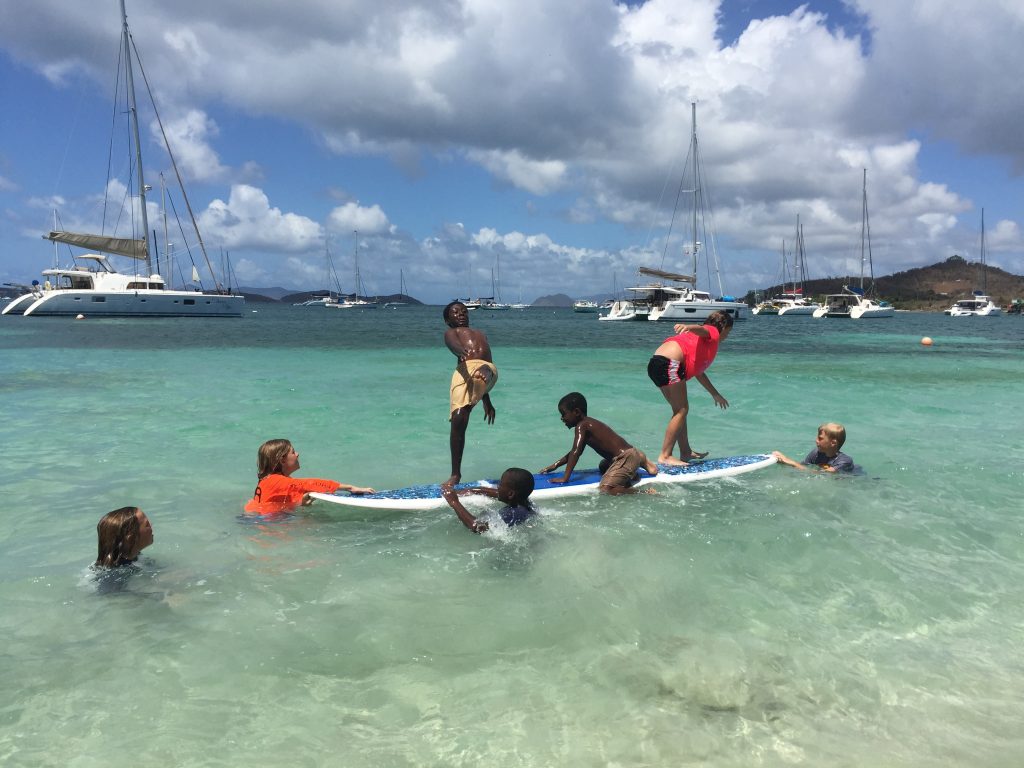 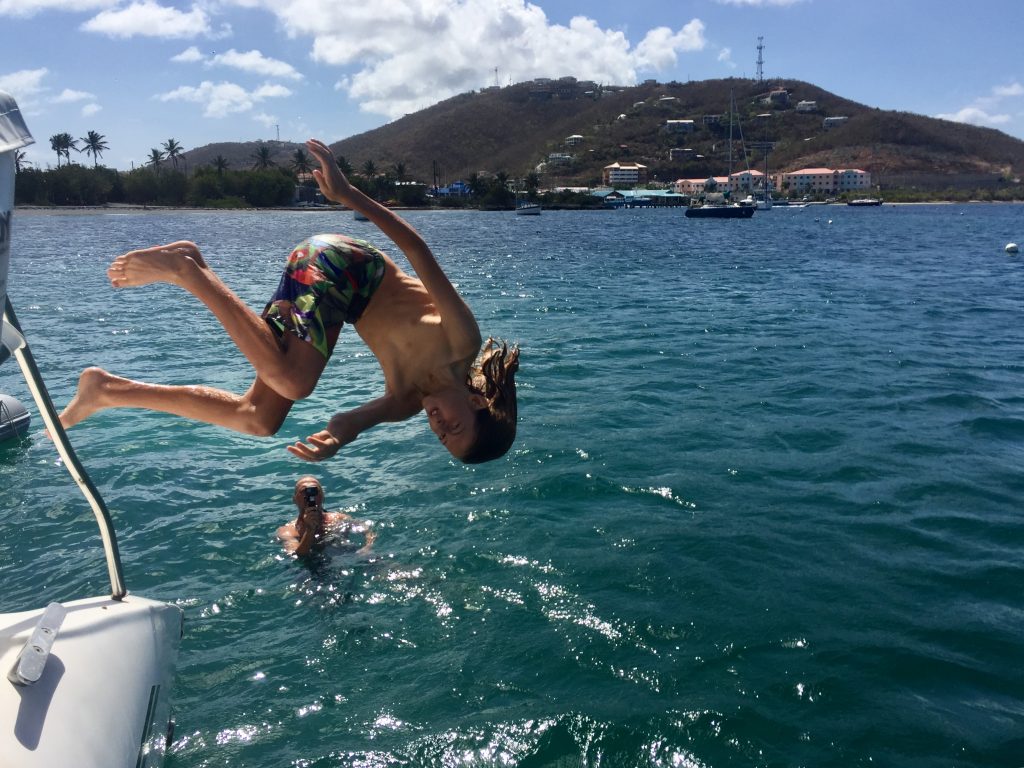 There’s also the Jungle Float in the middle of Red Hook Harbor. This floating playset has trampolines, slides and diving boards, and when we meet friends there, it’s lots of fun.

We met some local homeschool kids. The first time we met everyone in the group it was right before Easter. They had an egghunt and party at Magen’s Bay. Eggs were hidden in palm trees under coconuts and half buried in the sand. There were games to play and lots of food to share. We also participated in the homeschool science fair meetup. Some kids had demonstrations about pulleys, electricity, earthquakes and chemical reactions. I shared the 8 million year old shell and talked about erosion, and Bodin shared the marlin bill and talked about conservation. It was a lot of fun. 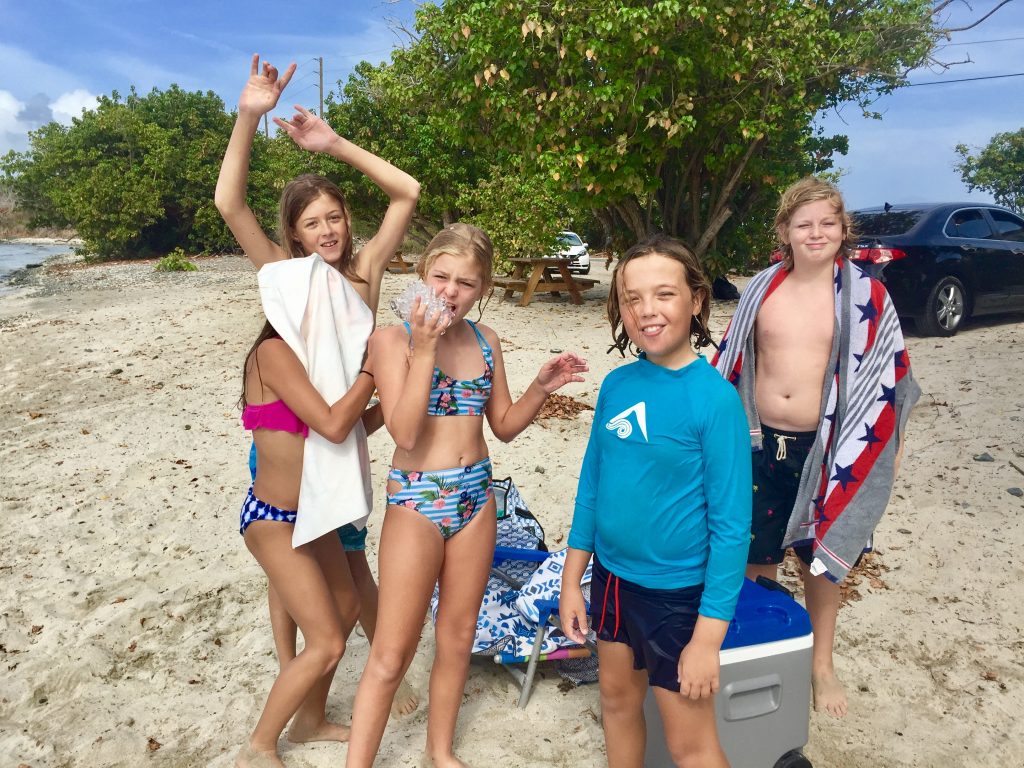 We also got to experience USVI Carnival. On the first night, we went with all our friends to go on the rides. Bodin thought he was going to fly out of the Xfactory ride. It was scary! The parade was fun to watch. The costumes were cool and the Rising Stars Steel Drum band was amazing. It was the biggest steel drum band we’ve ever seen. The whole trailer was shaking when the kids played. Wow!!!! 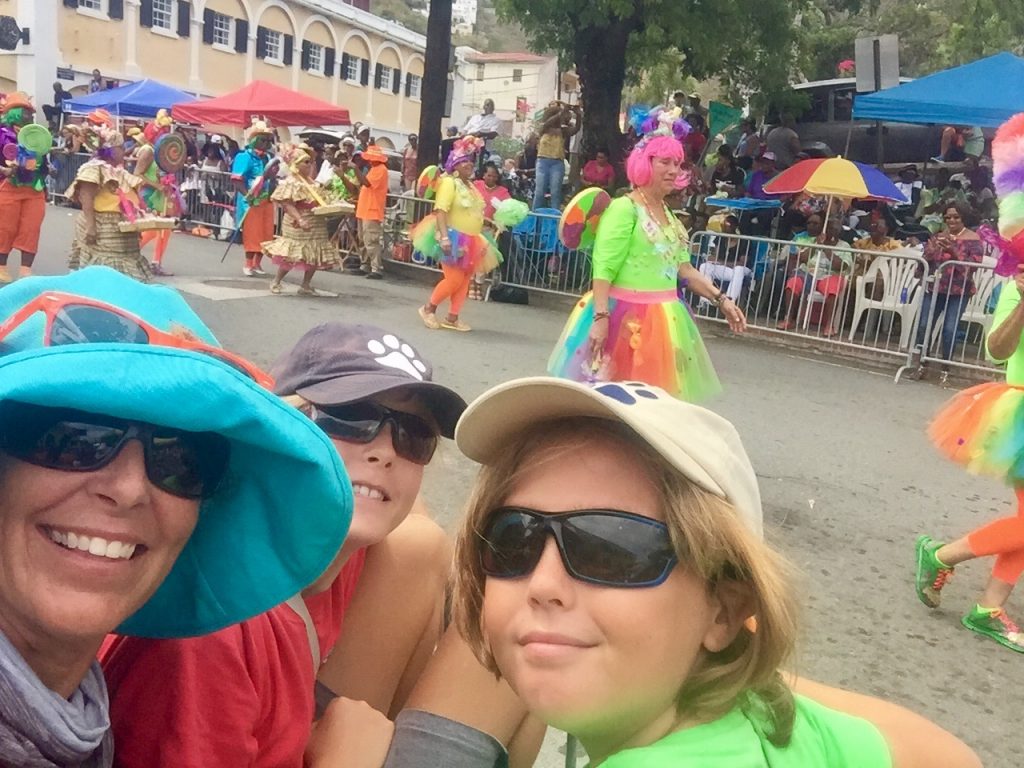 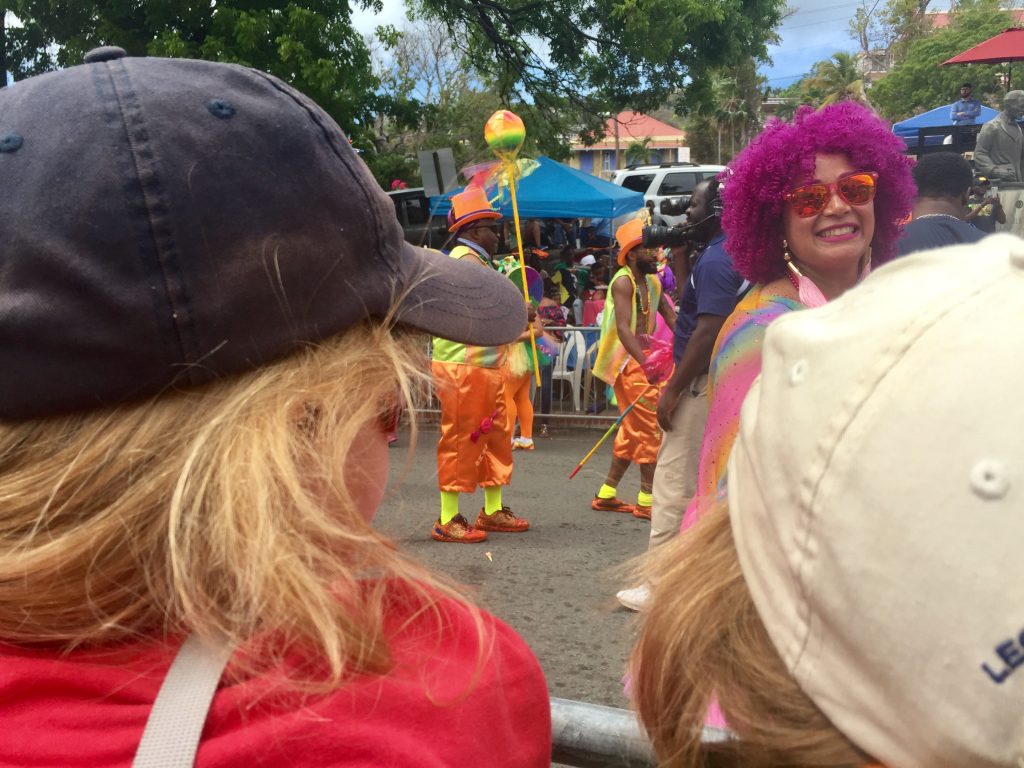 Sailboat sinks right before our eyes!