Snorkeling the Baths, Dogs, Indians and Caves in BVI

We hook up Izula to a mooring (no anchoring in this protected spot) and swim from our boat to the beach where the gigantic granite boulders tower above the sand. We’re here at The Baths in Virgin Gorda. When we get to the shore we walk through these giants along a sandy path, squeeze through some gaps and swim in a lagoon. Climbing up these enormous boulders is slippery sometimes but lots of fun when I get to the very top. Great views. 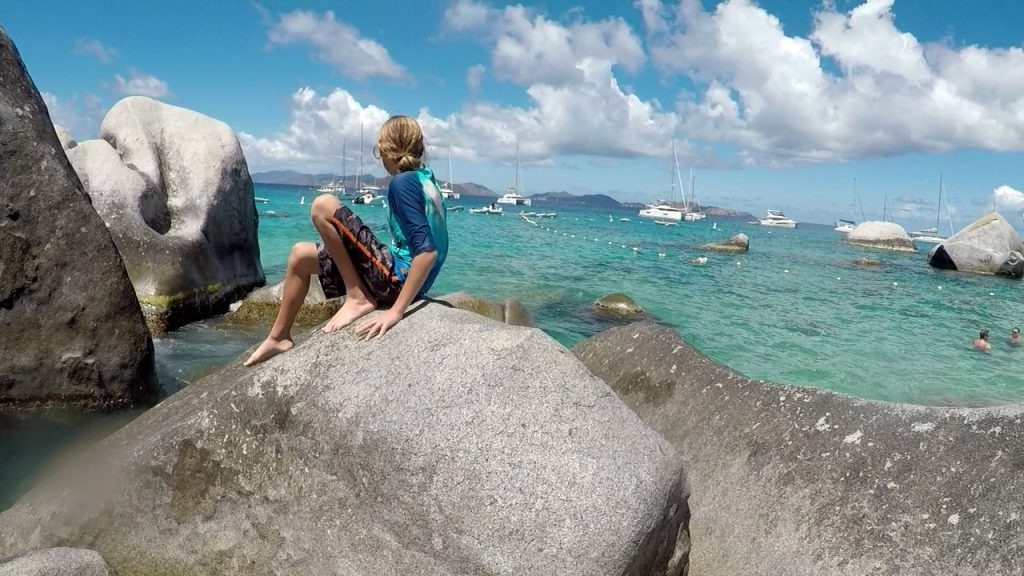 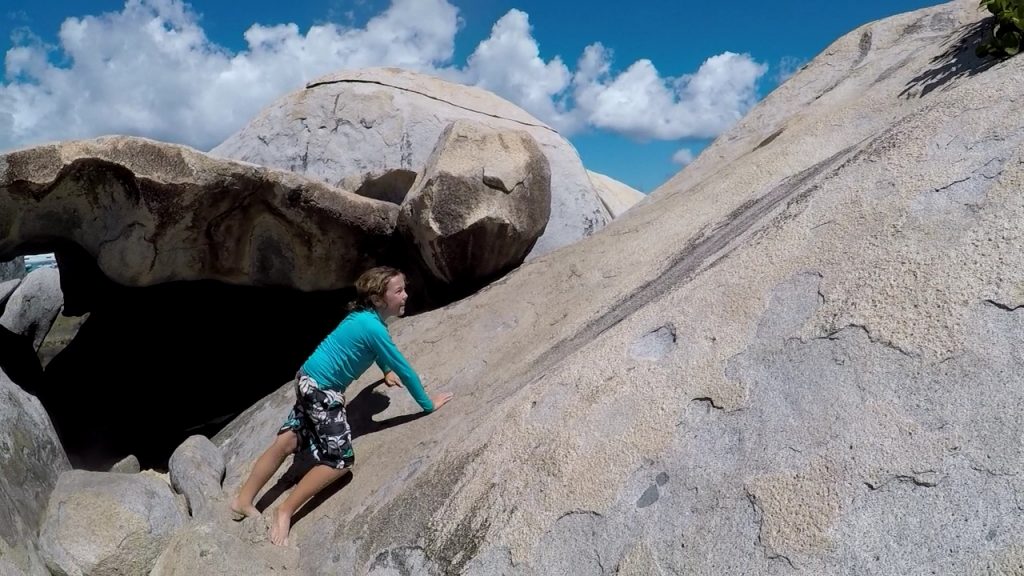 The Indians are easy to spot. The four jagged peaks rise up from the deep blue water just off Norman Island. We hook up to a mooring ball and our boat is only feet away from the rocks. It’s one of our favorite snorkeling spots so far in the BVI.

During our swim around we see parrotfish, trigger fish, angel fish, big jacks, sergeant majors, wrasse, ballyhoo and lots of black spiny sea urchins. On the western side of the rocks, the corals and sponges seem more alive and colorful. There are purple fans swaying, brain coral boulders, and brightly colored sponges that look like paint splotches on the rocks. 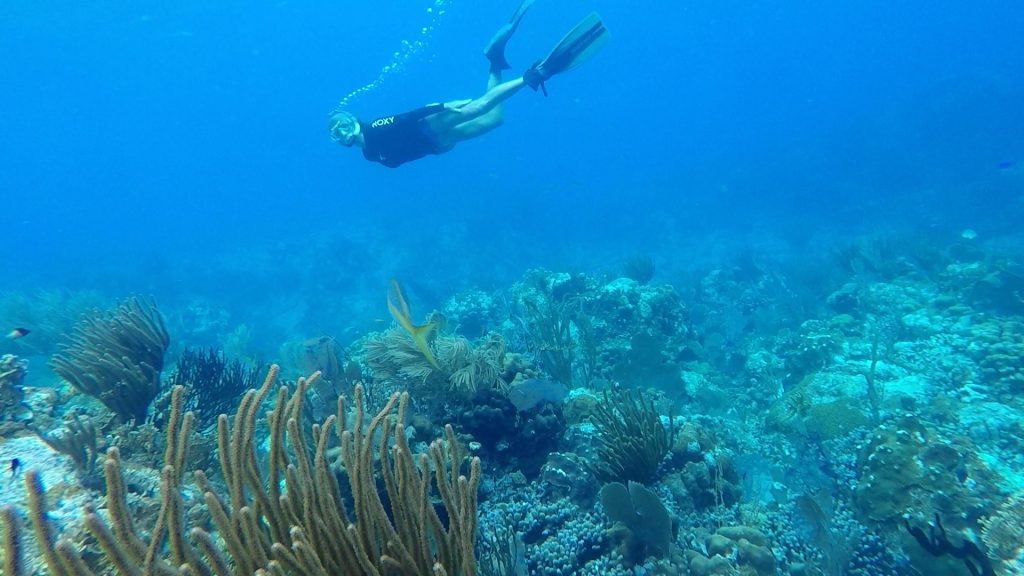 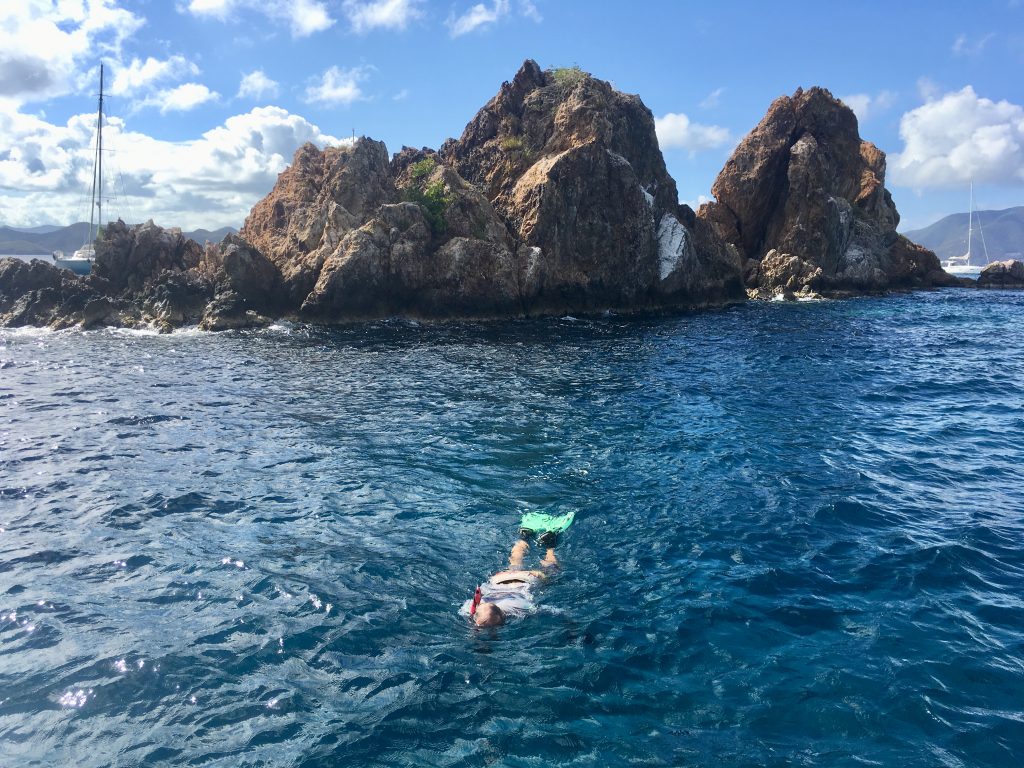 The Caves at Normans Island

We learn that pirate treasures were once hidden in these caves, so we’re excited to get the chance to look for treasure too. We hook the dinghy to a mooring rope just outside the first cave and jump overboard.

There were 3 caves in all. When we swim inside, our eyes have to adjust to the darkness. The walls of the caves are covered in bright orange and yellow sponges. We have a flashlight, so me, Bodin and dad go deeper inside. We swim past sergeant majors and schools of fish sitting in the cracks on sides of the cave walls until we can’t go any further into the cave. We’re at a rocky beach in the dark, and we get out of the water to look further inside. If there were treasure, it would surely be here. It’s a small space, but we can stand up. Dang, no treasure here.

Snorkeling just outside the caves is pretty good too. There’s a boat playing the theme of Jaws really loudly, and we see an enormous tarpon. Huge boulders are everywhere, lots of schools of fish and loads of spiny black sea urchins. 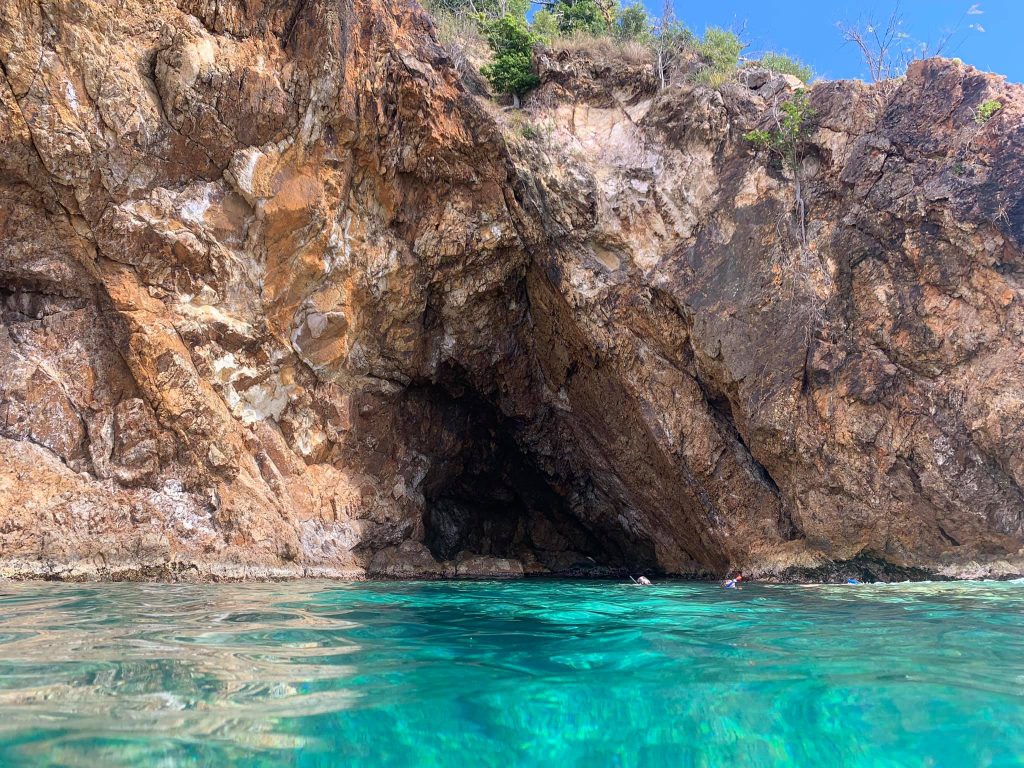 We sail up to Great Dog Island, and take a mooring. We jump off the boat and swim into a small bay. Were able to dive down through underwater rock channels. It’s pretty deep in some areas, and the walls of these deep underwater ravine channels are filled with coral, sponges and fish. Round smooth rocks are all over the seafloor.