Today we went to a Spanish fort called El Morro in Puerto Rico. When the Spanish found Puerto Rico they realized that the riches of the new world could bring them great power and riches. So they had to protect the front door at all costs. The first for was the oldest, but smaller. It had a lot of cannon holes and some places for 80mm cannons from the 2nd World War. The other fort was very big with tons of cannon holes. We walked around  for hours, and it was a lot of fun. We learned a lot of history. 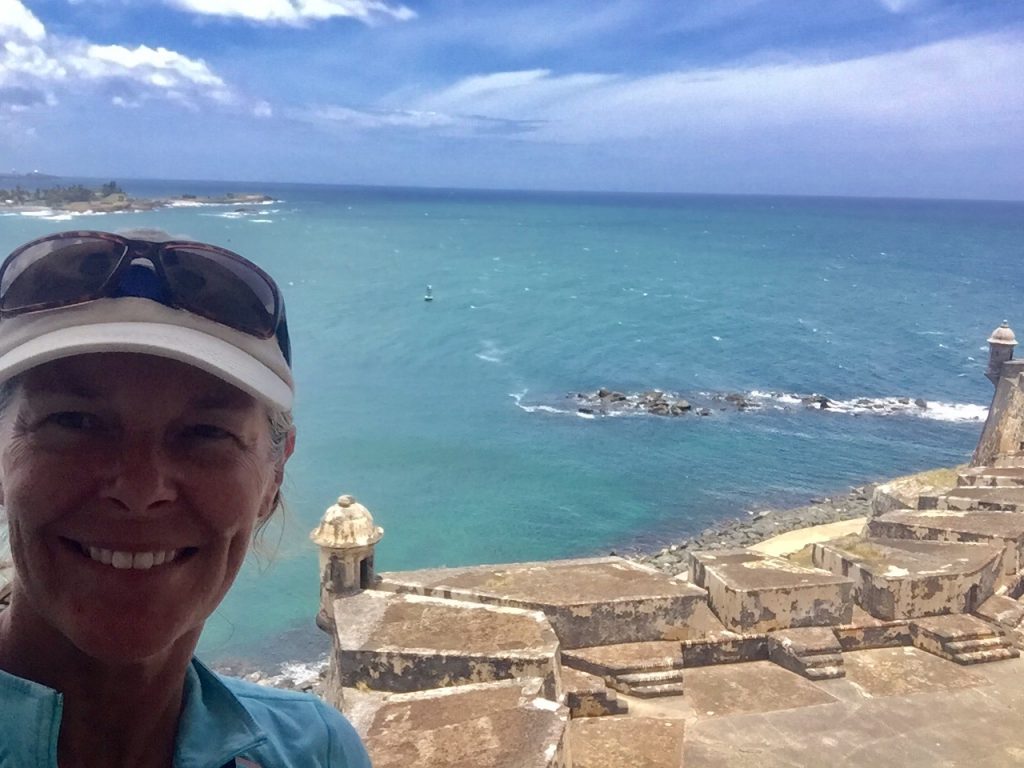 We climbed all over the fort and had great views of the harbor entrance from the top. 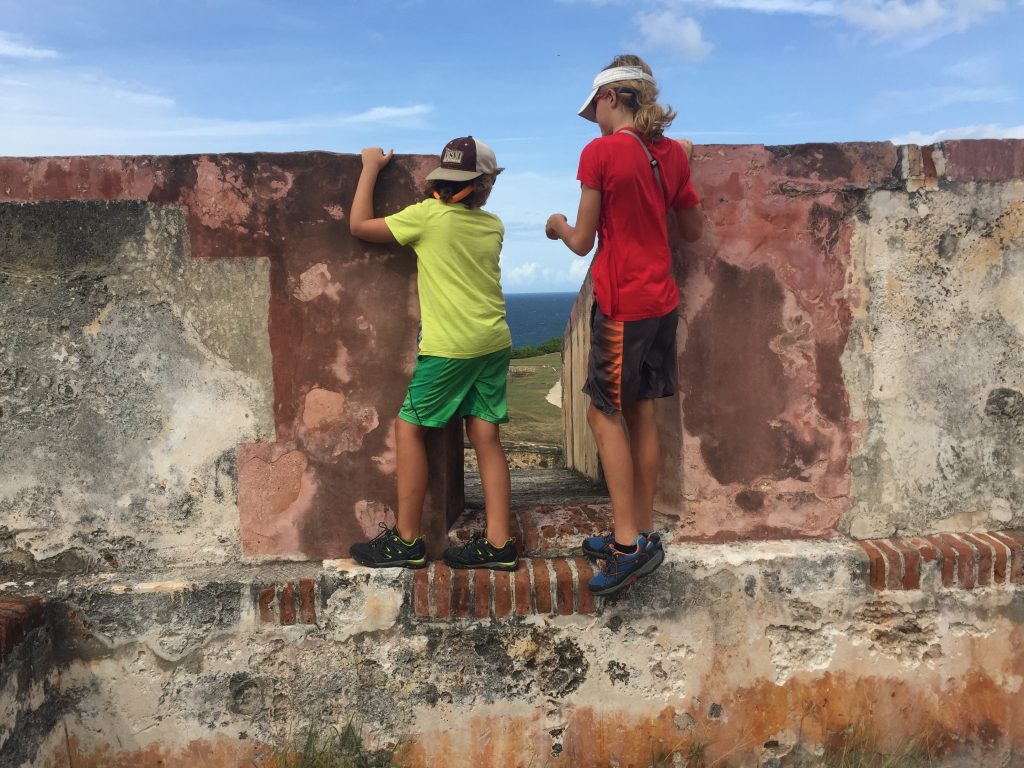 We read all about the history and filled out the workbook to earn our Junior Ranger certification. As always, we raised our right hand and pledged to continue learning about our National Parks and to help preserve the parks for future generations. 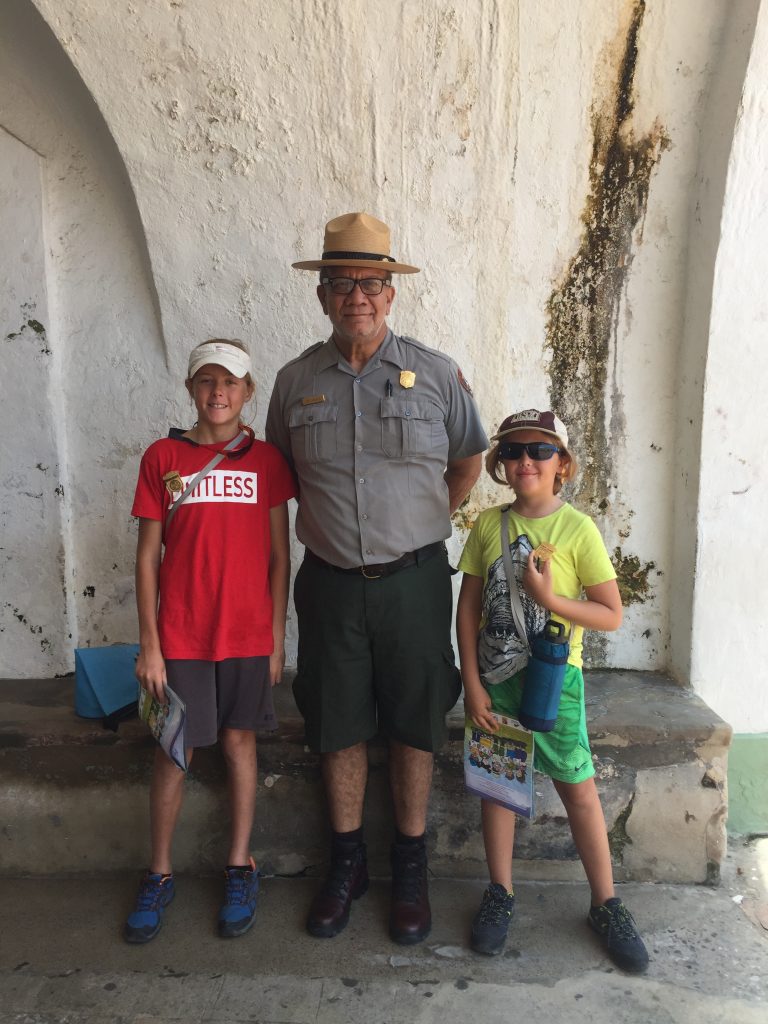 After that, we walked around Old San Juan. It’s another UNESCO World Heritage Site. On this trip, we learned that “A World Heritage Site is a landmark or area which is selected by the United Nations Educational, Scientific and Cultural Organization as having cultural, historical, scientific or other form of significance, and is legally protected by international treaties.” We’ve had the privilege of visiting other  UNESCO sites in the Caribbean including Antigua’s Naval Dockyard, Brimstone Hill Fortress in St. Kitts, Morne Trois Pitons National Park in Dominica, and the the Pitons in St Lucia. 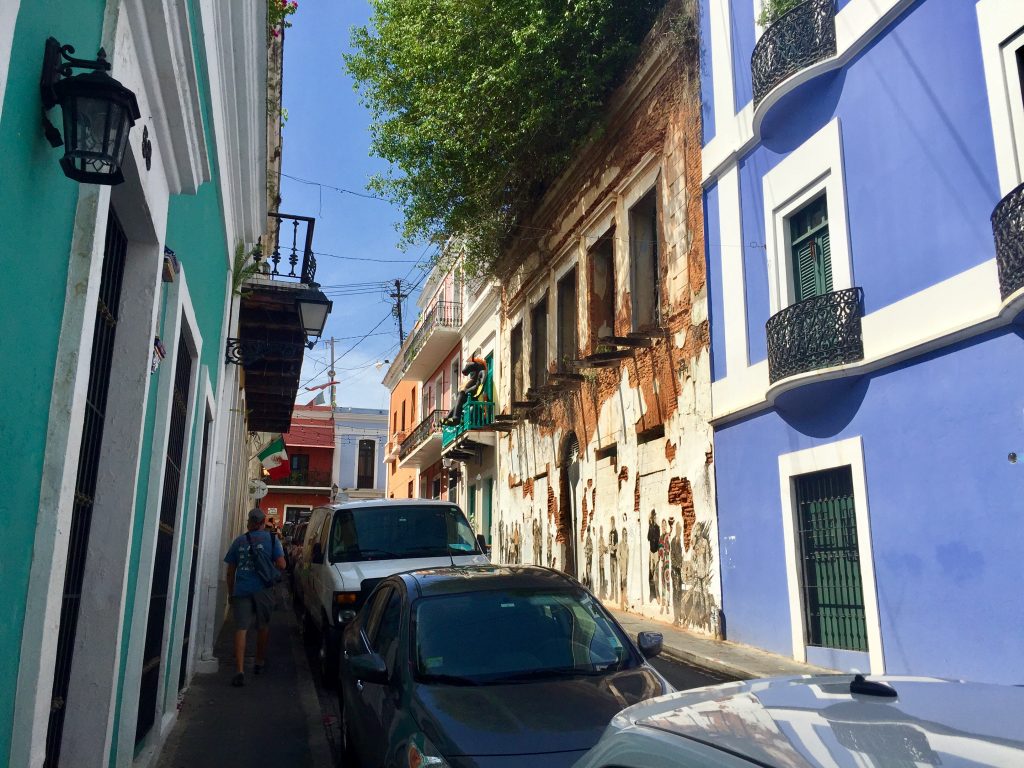 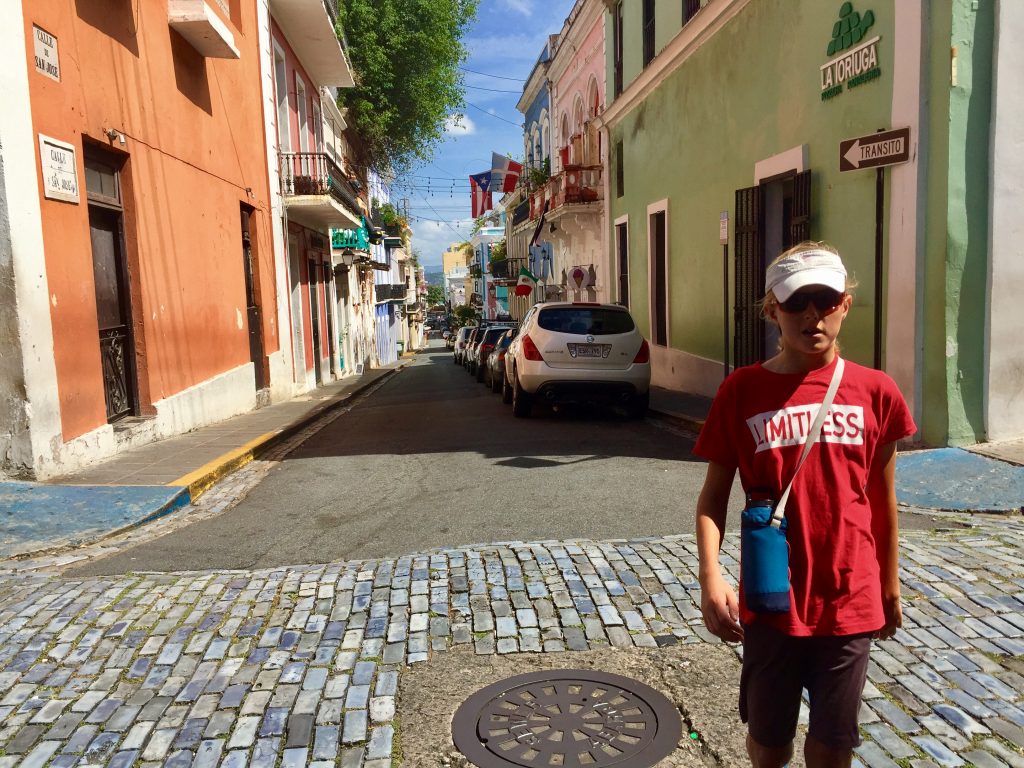 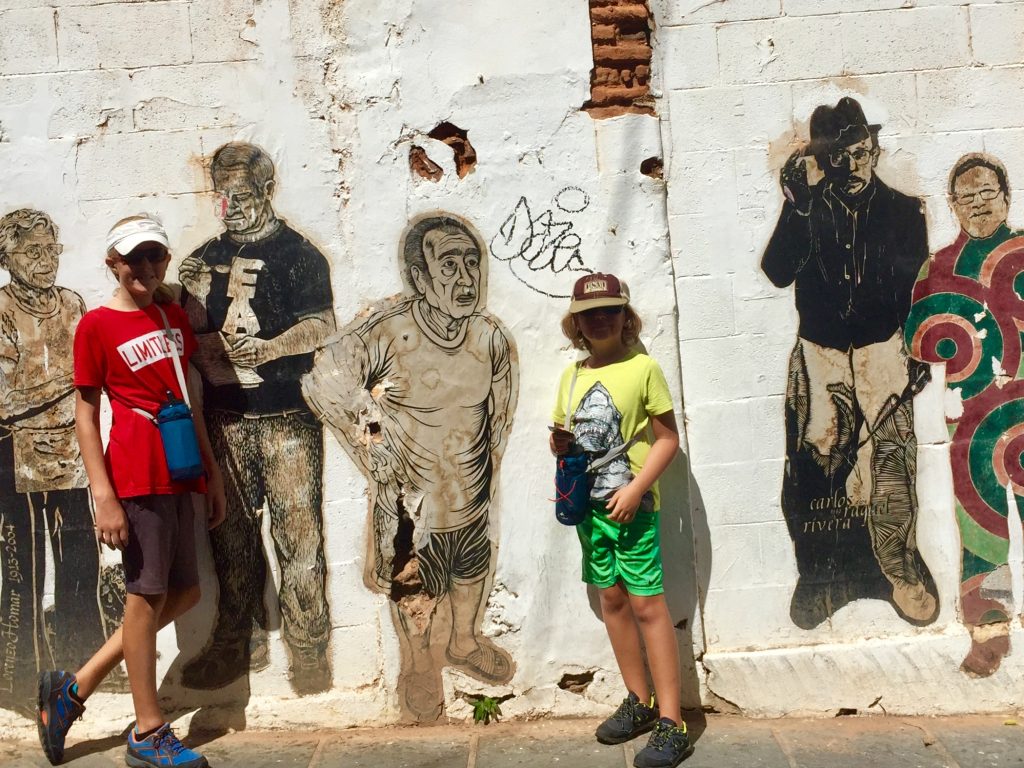