We sailed around the Culebrita to get to next island of Culebra. We anchored in Ensenada Honda which is off the small town of Dewey. I dropped the dinghy, and we went into town to get some bread for lunch. We passed the Dinghy Dock restaurant where people leave their dinghy when they go ashore. 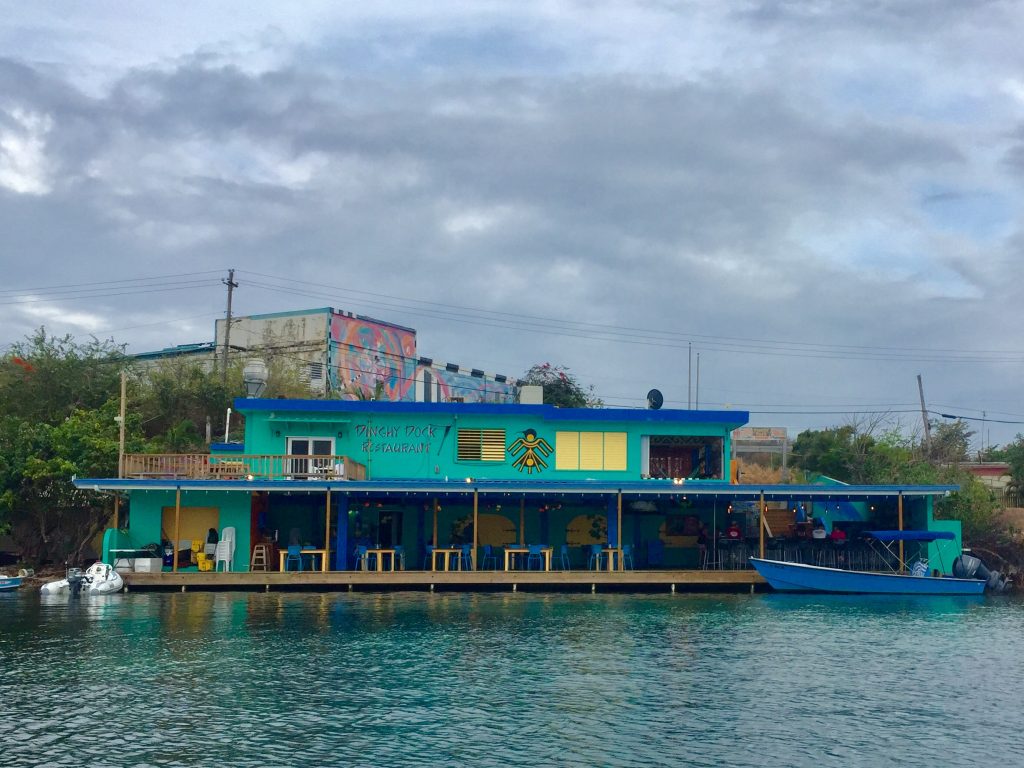 We went under the bridge into the canal and lagoon that passes through he center of the island. There were a few restaurants, and this one was across from the dinghy dock at the market. 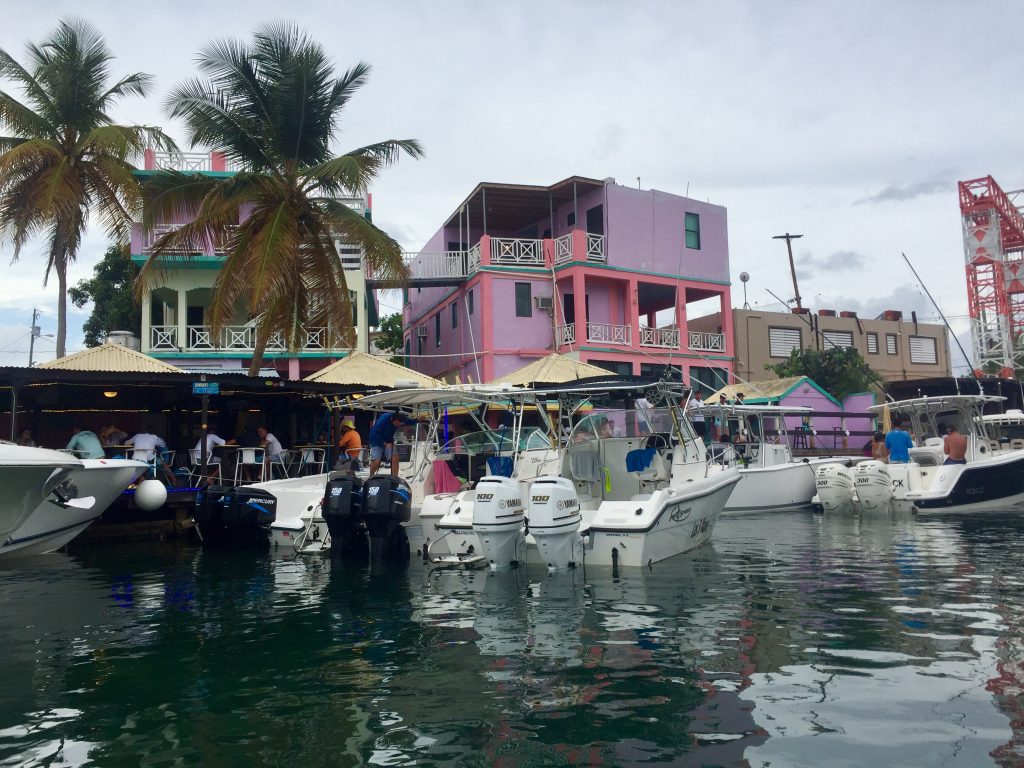 The gas station was easy to get to by dinghy. There were so many bonefish, tarpon and other types of fish in the lagoon. The water was clear and calm and you could see everything. 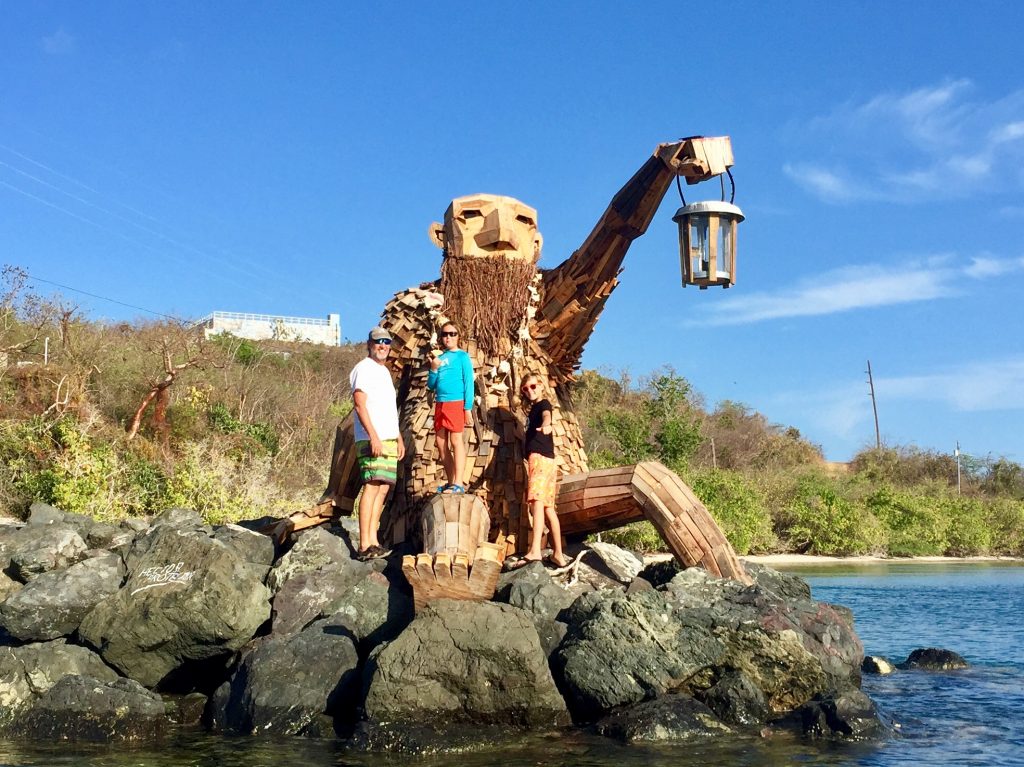 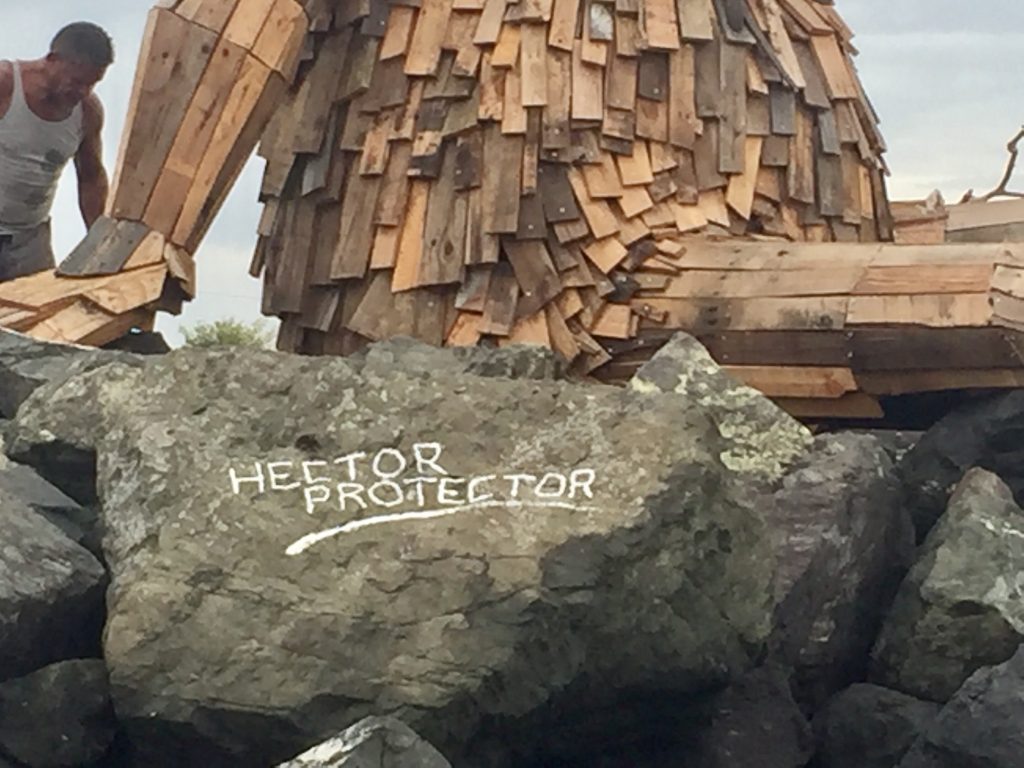 Next day, we went to the famous Flamenco Beach.  Palm trees lined the white sandy beach. It was very big. There were a lot of people swimming in the water and sitting under umbrellas. We walked over to the tanks that were leftover from when the military used to practice here.

Both of the tanks were M4 Sherman battle tanks. The first one was rusty with lots of colorful graffiti, and it had a gun. The second one we saw was in the water and it was also decorated with brightly colored graffiti. It was really cool and fun to climb on the tanks.

We walked around town one night, and it was very quite. We said hola to a few locals, but that’s about it. Seems like nobody was out and about. We had a good time in Culebra, and also met some new friends that have a blog called Off Grid Sailing.