Mama and Papa Waterfalls in Dominica

“Mr. Bean” (because he says he’s an actor) helped us with a mooring ball, and he organized a tour for us to see some sites in Dominica. We went on a tour in a minivan/taxi, and Joe was our driver. Joe was nice and a good driver. He knew a lot about the island.

First we drove through the capital Roseau and saw the government buildings, churches and vegetable markets. We saw a school that was wrecked by hurricane Maria. The students have been transferred to another school that now has two sessions—one in the morning and one in the afternoon. The city was small compared to St Georges in Grenada. 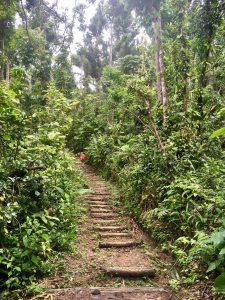 Next we drove to Middleham Falls — the tallest waterfall in Dominica. On the way, we saw the road workers cutting into the side of a mountain to make a new road. We also saw an agouti cross the road.

The walk to Middleham falls took us about an hour. This whole area is part of a UNESCO World Heritage Site and that means it’s important to protect it for people, the world and the future. The walk was peaceful and quiet, and I heard the birds singing and the trickling water. The jungle was so green. The tree ferns were beautiful, and Joe said they carve masks out of the trunks.

The trail was kept up nicely with logs running down the pathways. It would be slippery if they weren’t there. There was lots of up-and-down hiking to get to the falls. When we got to lookout platform, the waterfall was beautiful. The waterfall was 300 feet high. It felt like it was raining on us because of the mist from the falls. The mist keeps all the ferns, plants and trees with crazy roots on the surrounding cliffs hydrated. 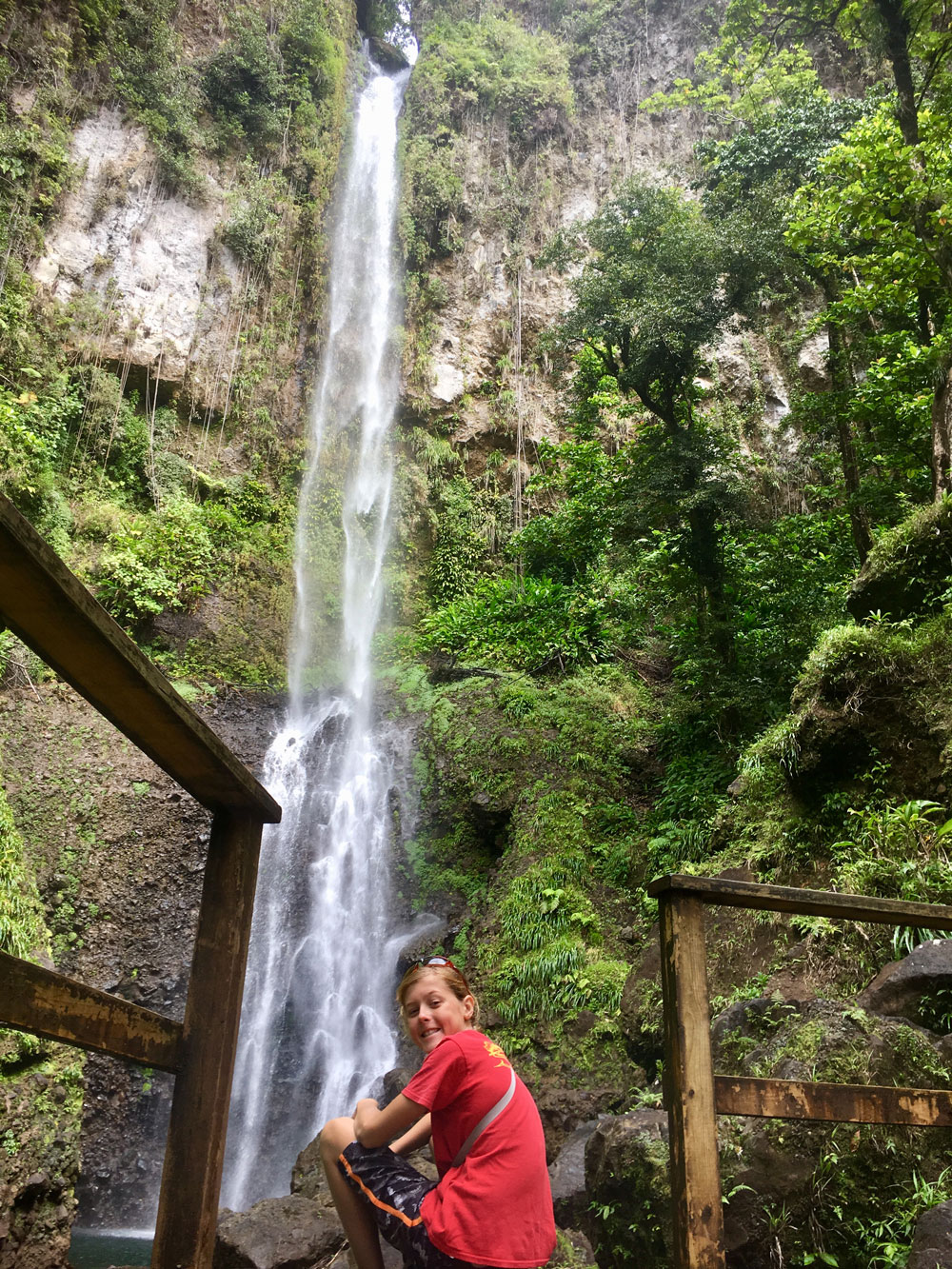 place we went to was Titou Gorge. I jumped off a 30-foot cliff into freezing cold water just for fun. Mom, dad and Bodin got in and swam up to me. We all swam through the gorge. It was a natural cave with sunlight coming through the top through the trees growing above us. It was magical. We saw a spider that made a web in one of the vines above. At the end of the gorge was a powerful waterfall. You had to swim into it’s current to get to the waterfall and step on rocks to get to the waterfall. It was too powerful to go under, but we did put our arms under it. We took the current back to the natural hot spring shower to warm back up. 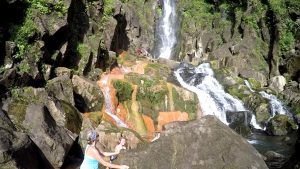 Trafalgar Falls was my favorite place of the day. There were two falls, Papa and Mama. We had to climb over massive boulders to get to the Papa falls. Joe led the way and helped us across some of the bigger rock jumps. Sometimes you had to use your hands and feet. The last part you had to walk through rushing water and up through the rocks to get to the half-hot-half-cold pool. Here you can sit under a hot waterfall or a cold waterfall and get a water massage from the power of the waterfall. You could also sit in the middle of the pool with half your body in the hot and half in the cold water. 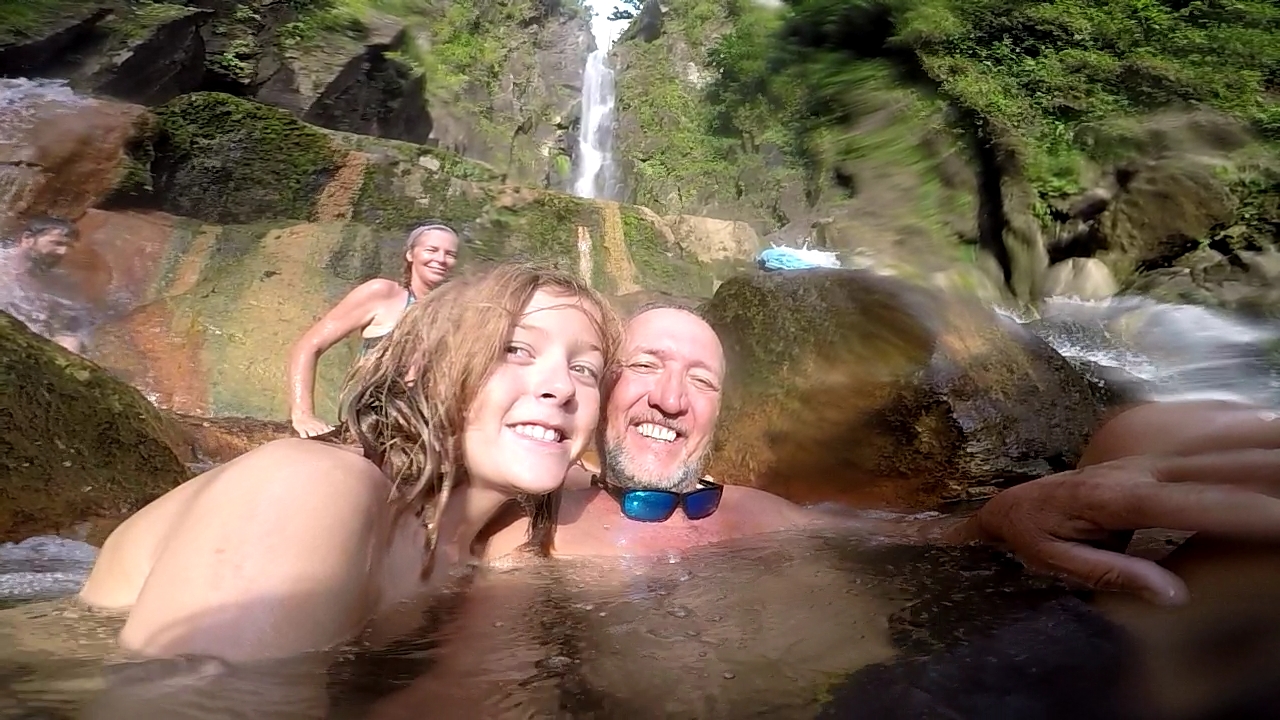 The water was hot because it was coming up from volcanoes under the ground. But it’s not sulphur, but iron that makes the rocks orange. It was relaxing and refreshing to go from cold to hot in the water. We floated in the water for a while and watched the water falling from over a hundred feet above us.

Is this really the end?