Home » Uncategorized » Blown Away at Maho Beach in Sint Maarten

Blown Away at Maho Beach in Sint Maarten

Maho Beach is on the Dutch side of Sint Maarten. It’s famous for being right at the end of the runway of the Princess Juliana Airport. It’s a pretty white sandy beach with clear turquoise blue water. But the thing about it is that the airplanes fly crazy low right over the top of your head when you’re standing on the beach. 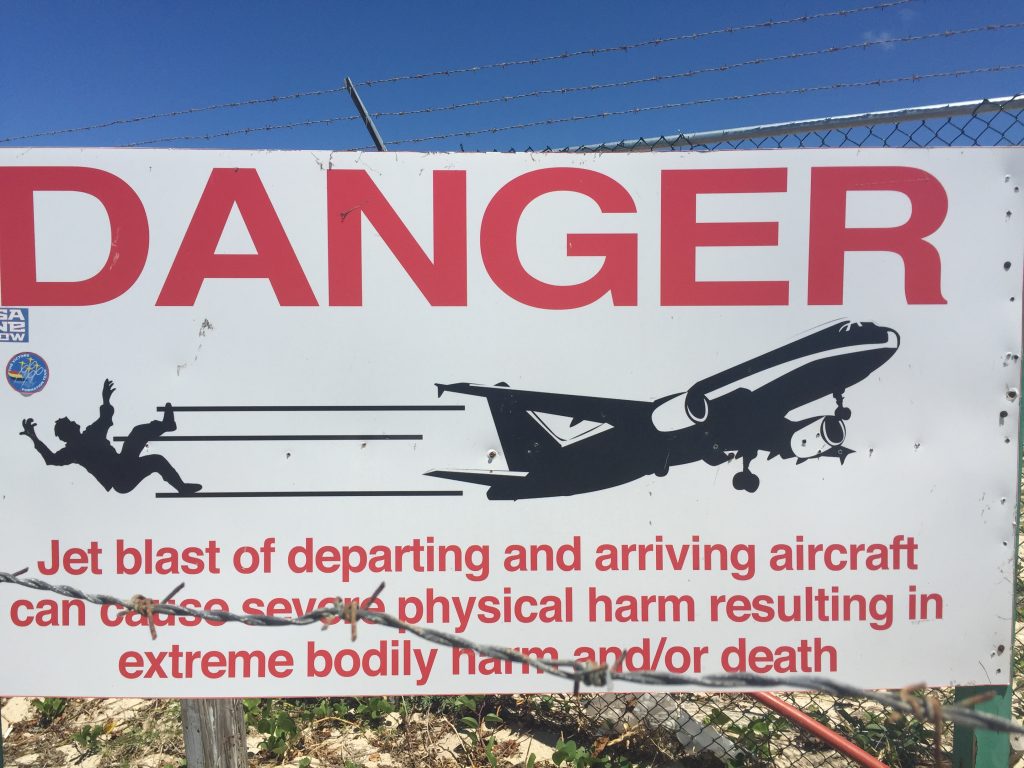 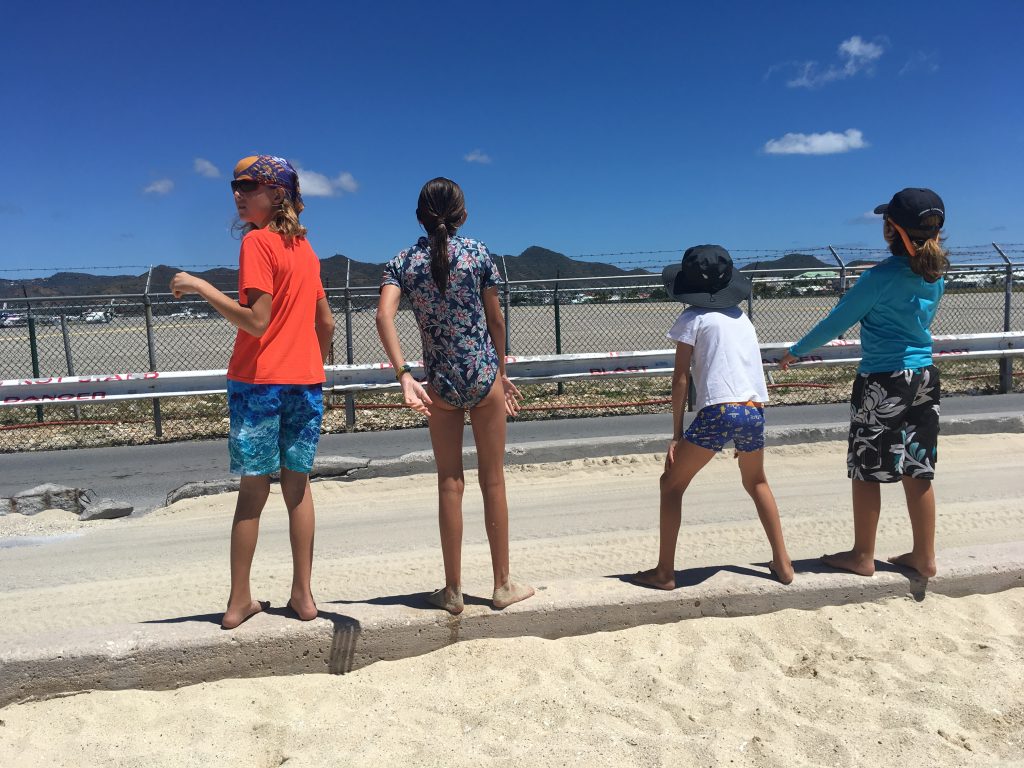 When we got to Maho Beach, it was packed with people. We found a spot to put our towels, and ran over to the fence when we saw a plane getting ready to take off. It was a small plane, but it still blew us back a bit. When the planes came in to land, it was very loud, but the engines didn’t blow us anywhere. I covered my ears. 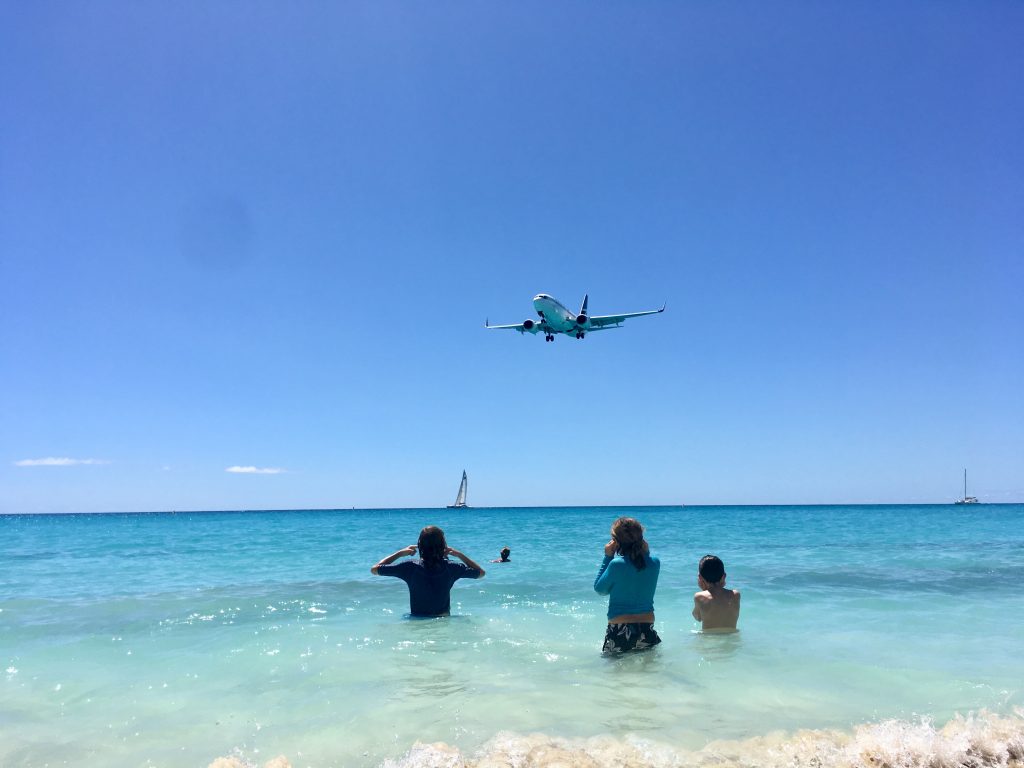 We did this a few times, and then we saw a big United airplane getting ready for takeoff. We wave to the pilot and see him wave back through the cockpit window. He turns the plane to get really close to the fence line where we were standing. Then he fires up the jets, and sat there blowing at full force for what seemed like 10 minutes… but it was really like 20 seconds.

During this time, the sand blew in like a Saharan dessert sandstorm. Everybody started running away from the airplane toward the water. The worst thing was, some people were topless, and got sand burned. Some people dove into the sand to try to hide. I did that too and landed next to my dad. My brother and two friends ran into the water. My mom fell over my friend’s dad and huddled in a ball in the sand while the sandstorm was blowing. We couldn’t see a thing because of all the sand. 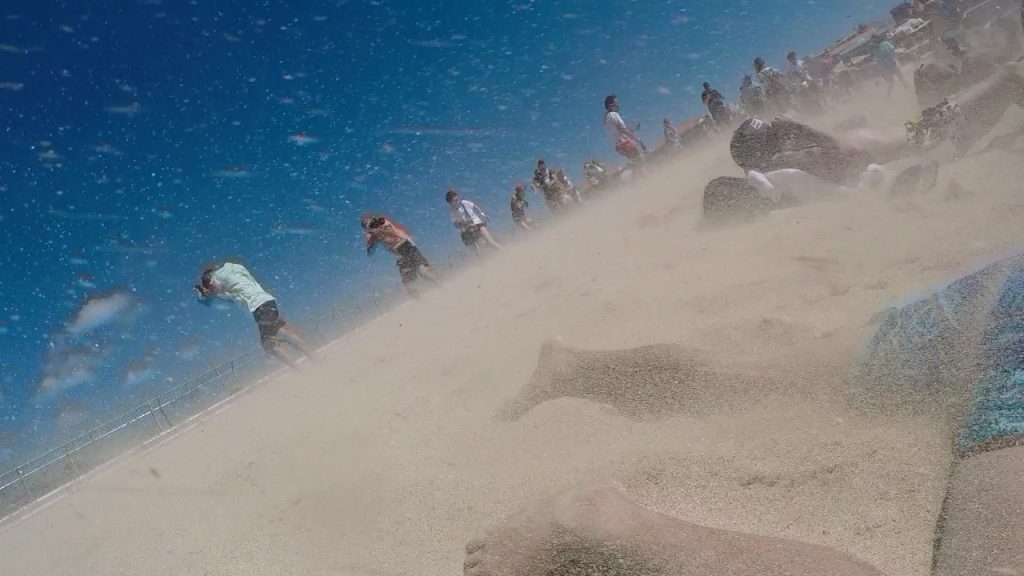 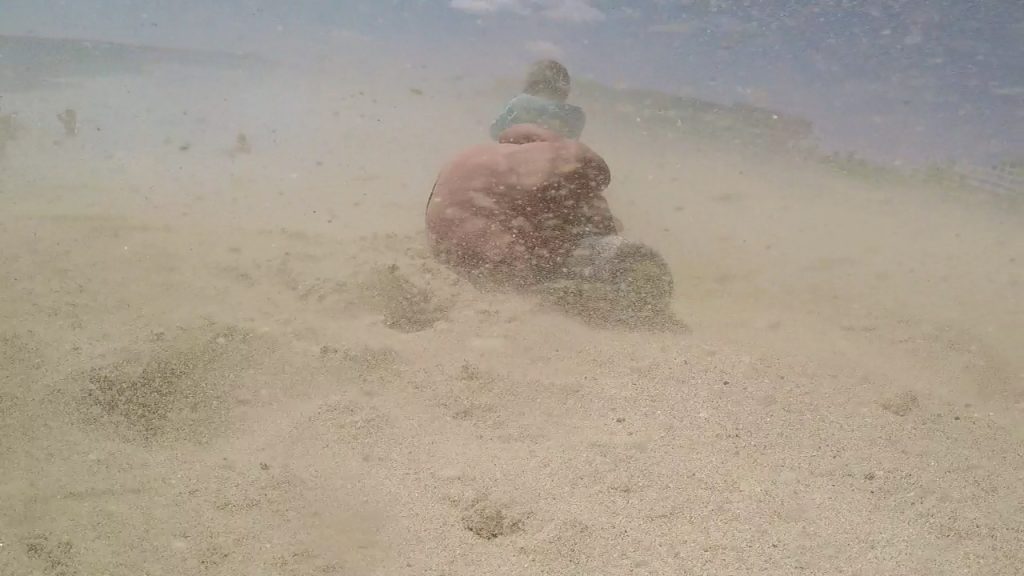 When it was over, everybody was in shellshock. It was a lot of fun. Everybody was laughing. There was sand everywhere, it was stuck in my ears and eyelashes. We went for a swim to try to get some sand off and unstuck. It was a fun day at the beach.

An Atoll in the Atlantic—Hogsty Reef

I’m so happy to be under a waterfall in Grenada!