We took a taxi to the other end of the island to see Brimstone Hill Fortress. Our driver was from Nevis. He’s a fisherman when he’s not a taxi driver.

Along the road, we stopped at scenic overlooks, and our driver David told us about the island. At one point we could see the Atlantic Ocean on one side and the calm Caribbean on the other. We passed Challengers Village which was established in 1841 as the first free village in the Caribbean where freed slaves could own land and build their houses.

We turned off the main road, and started up the road up to the fort. It was narrow with lots of tight curves. At the fort, we walked to the Artillery Officers Quarters first. It was in ruins.

Next we walked up the long pathway to the main part of the fort called the citadel. At the top, we saw lots of cannons. And there was a nice view of the ocean and the neighboring island of St Eustatius in the distance. 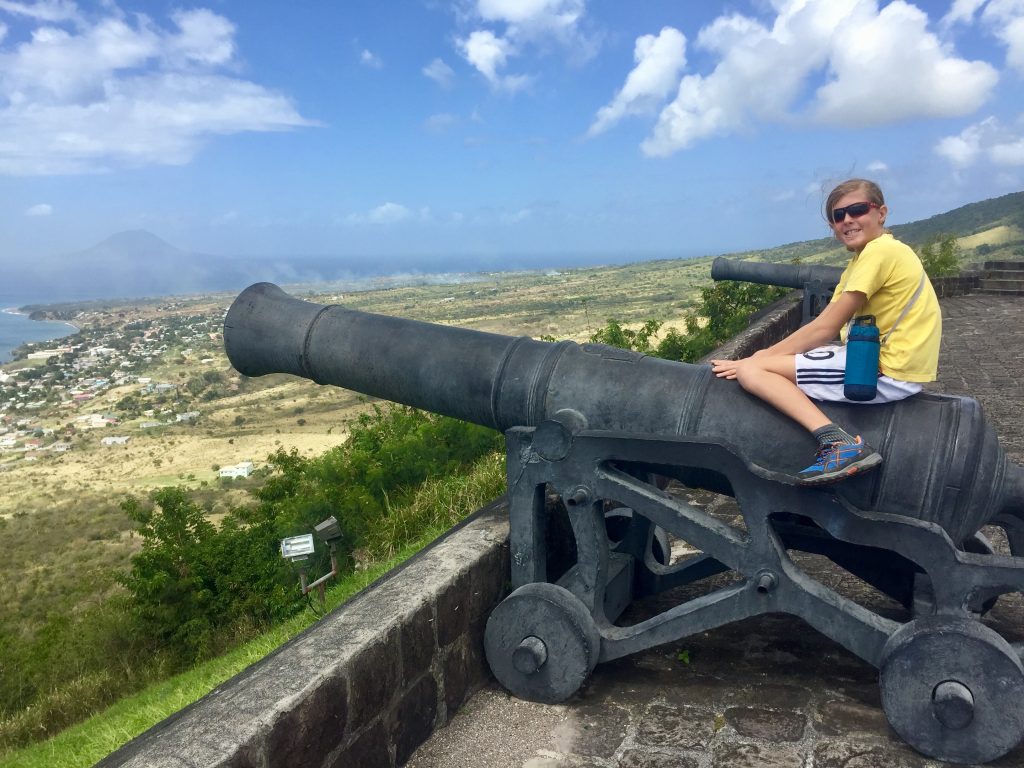 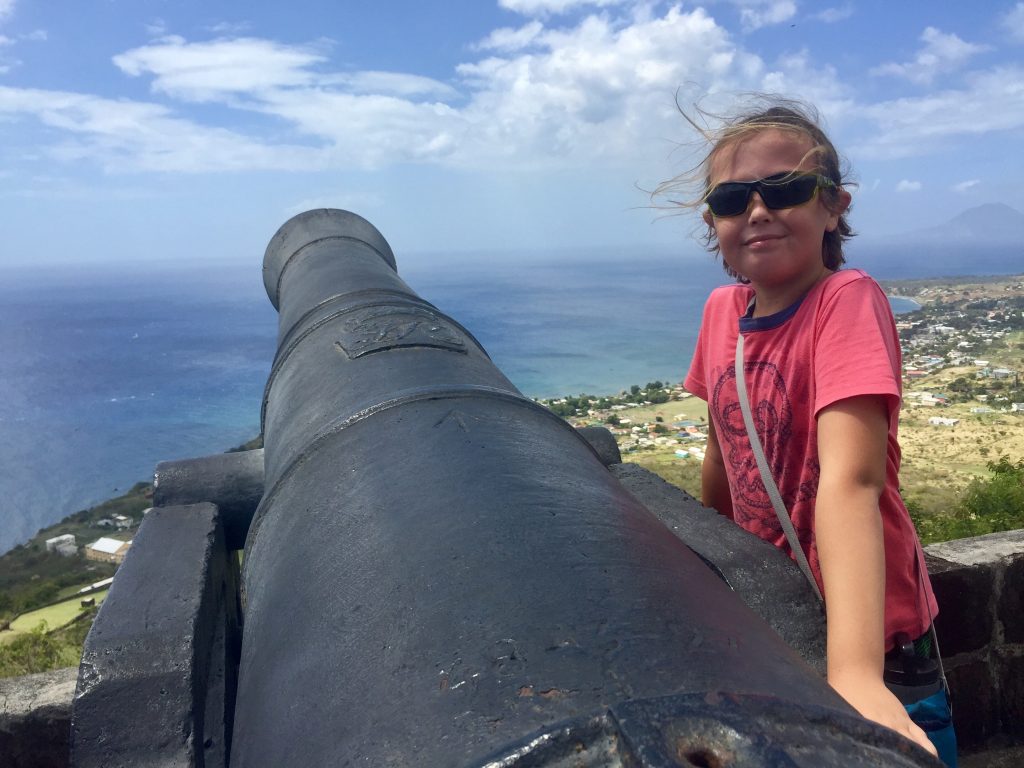 Inside the Fort George Museum, we learned that it took over a hundred years and slaves built the whole fort. They hand carved volcanic rock into blocks, and used a lime kiln to make the quicklime to glue it together. 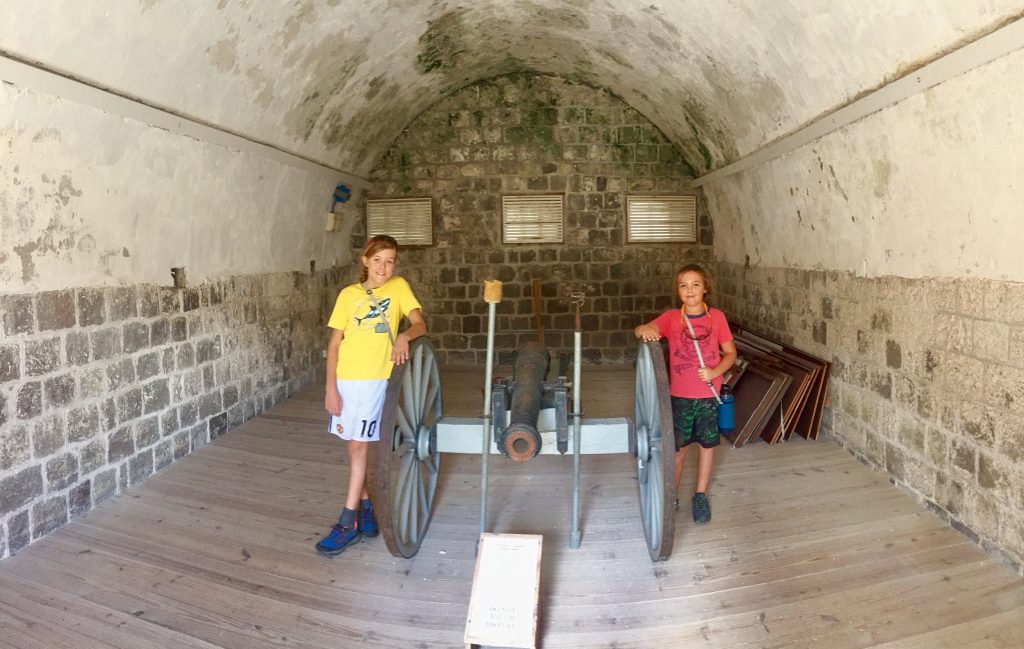 My favorite room in the museum showed the life of a soldier, a slave and an officer. The soldiers got up in the morning and had bread and cocoa for breakfast, and got ready for inspection. Some were sent to sentry posts, while the rest gambled, drank and argued all day until dinner.

They noted that many of the soldiers thought coming to the West Indies was a death sentence because of the Yellow Fever and Malaria. I would say it’s a “fun sentence” these days aboard Izula.

Sailing the Graveyard of the Atlantic on Halloween