First day after we checked in to this new country, we sampled some gelato ice cream and sorbet in Les Saintes. Bodin got a smurf blue with white chocolate flavor. And I ordered a pineapple and soursop…it so good. I haven’t had any ice cream in a long time. Also we bought baguettes. I love baguettes. 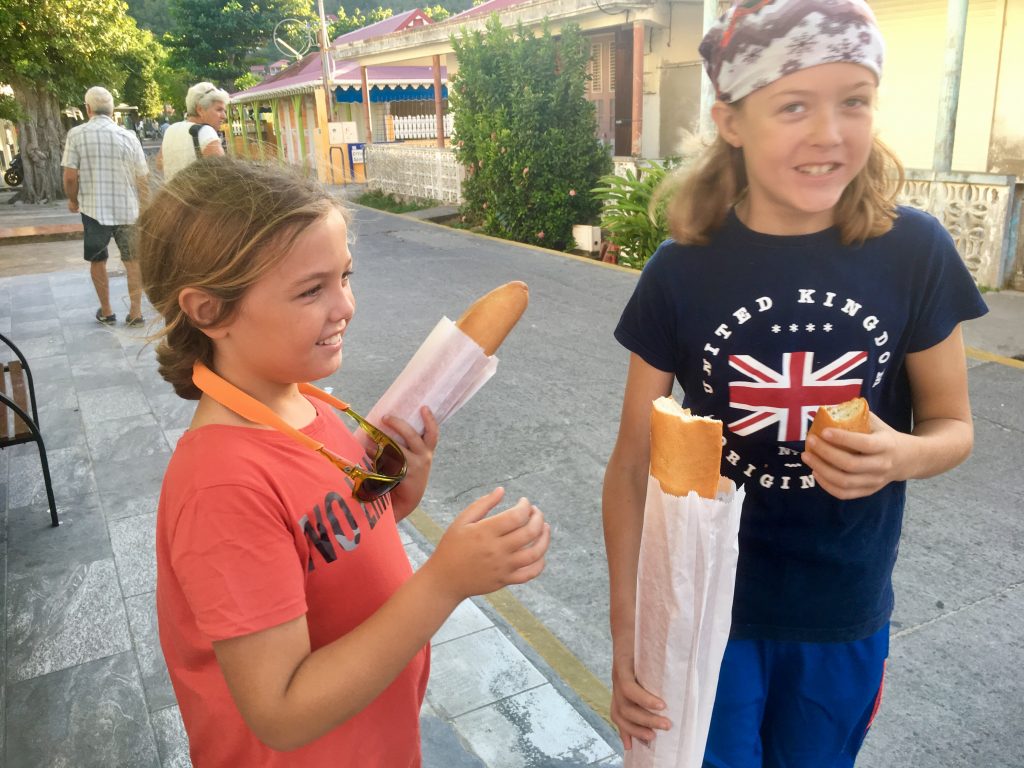 Next day, it was fun to walk up to Fort Napoleon with our friends on sv Sandstar. We checked out the Maritime Museum and the Customs and Traditions Museum which were both located inside the old fort. We went from room to room. Bodin really liked turning the old ships wheels, and I liked the models of battle scenes. They helped me understand how battles were fought at sea. There were a lot of models of big ships. 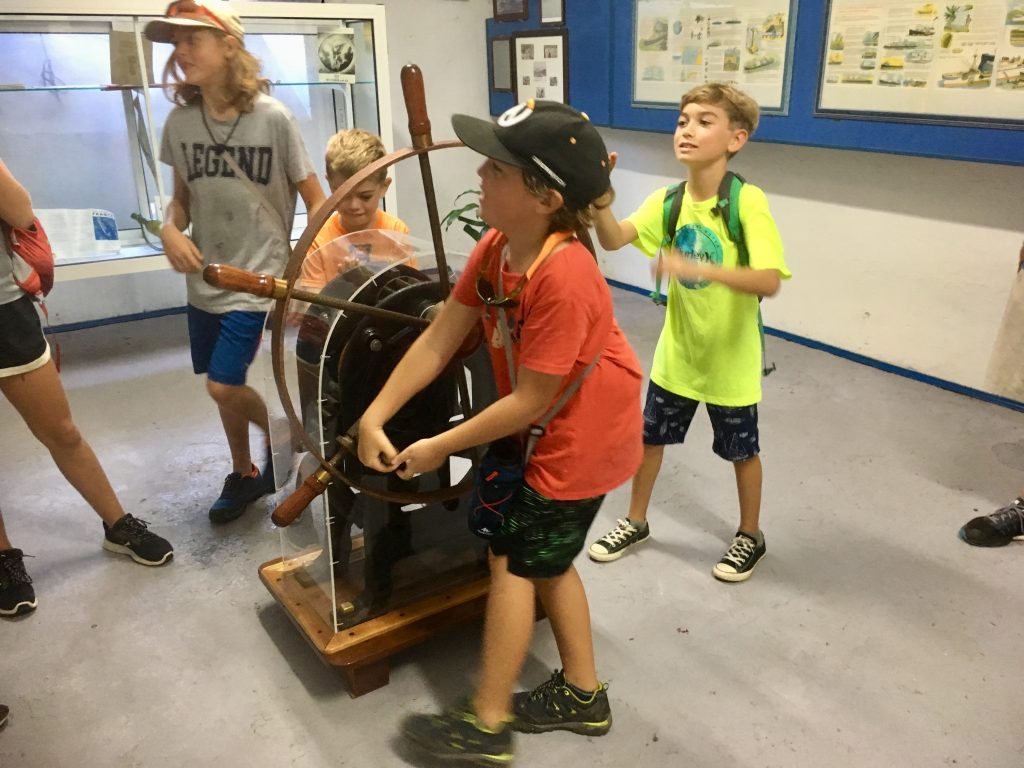 The walk around the outside of the fort was easy with amazing views. We saw Guadeloupe in the distance. 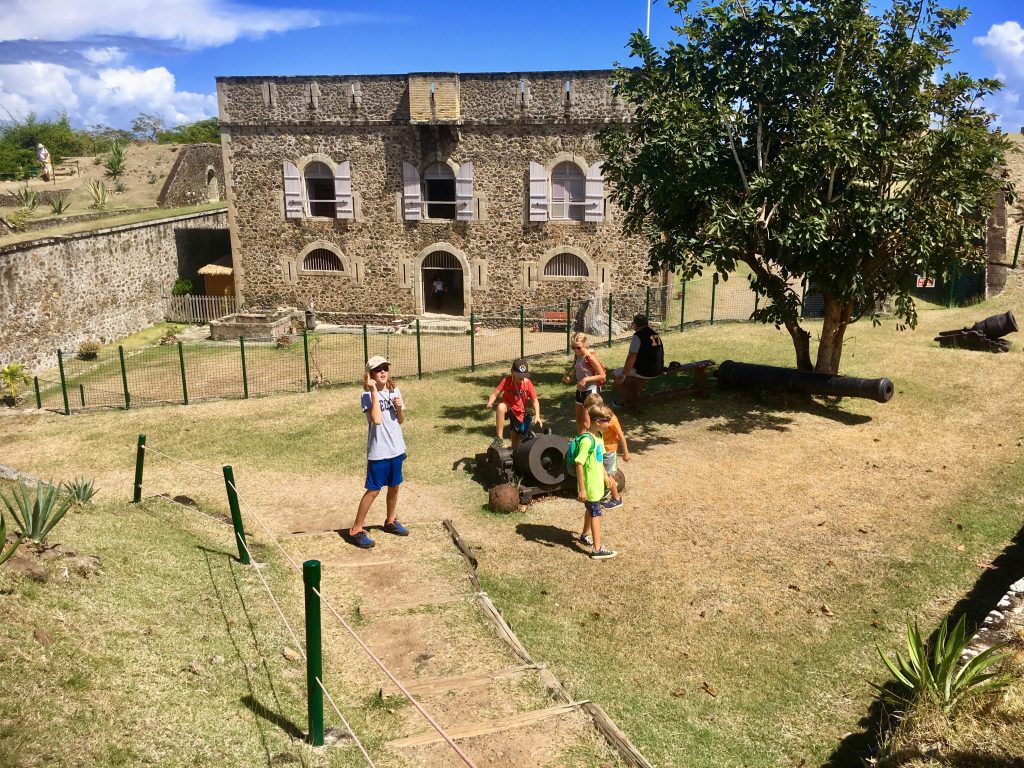 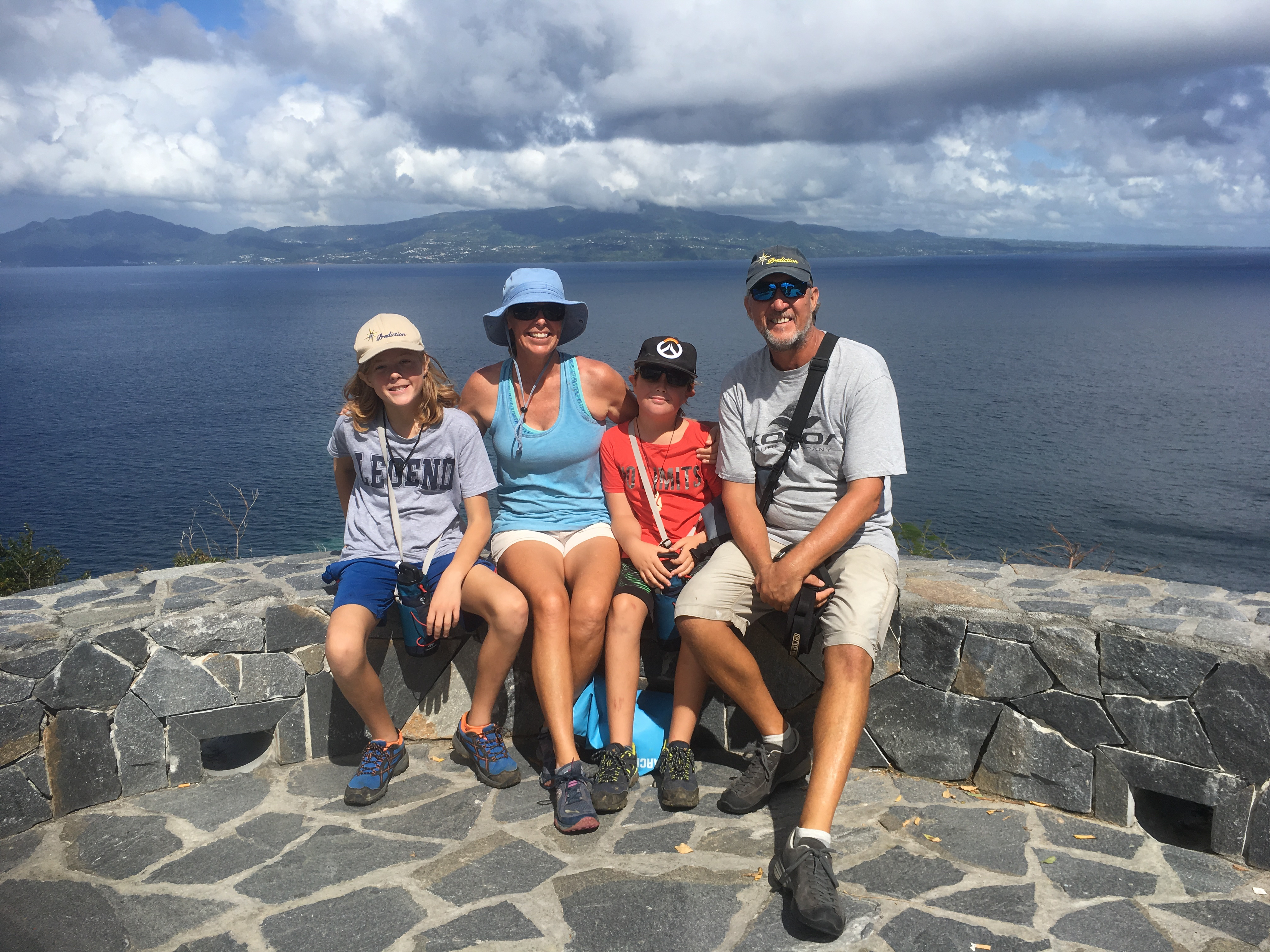 We also hiked to Le Chameau — the tallest point in Les Saintes at 313 meters — with our friends on sv Sunsplash. The path led us up an old asphalt road, so it wasn’t really a hiking trail. But cars could not go on the road. It took us over an hour to climb to the top. There were a lot of lookouts with beautiful views on the way. 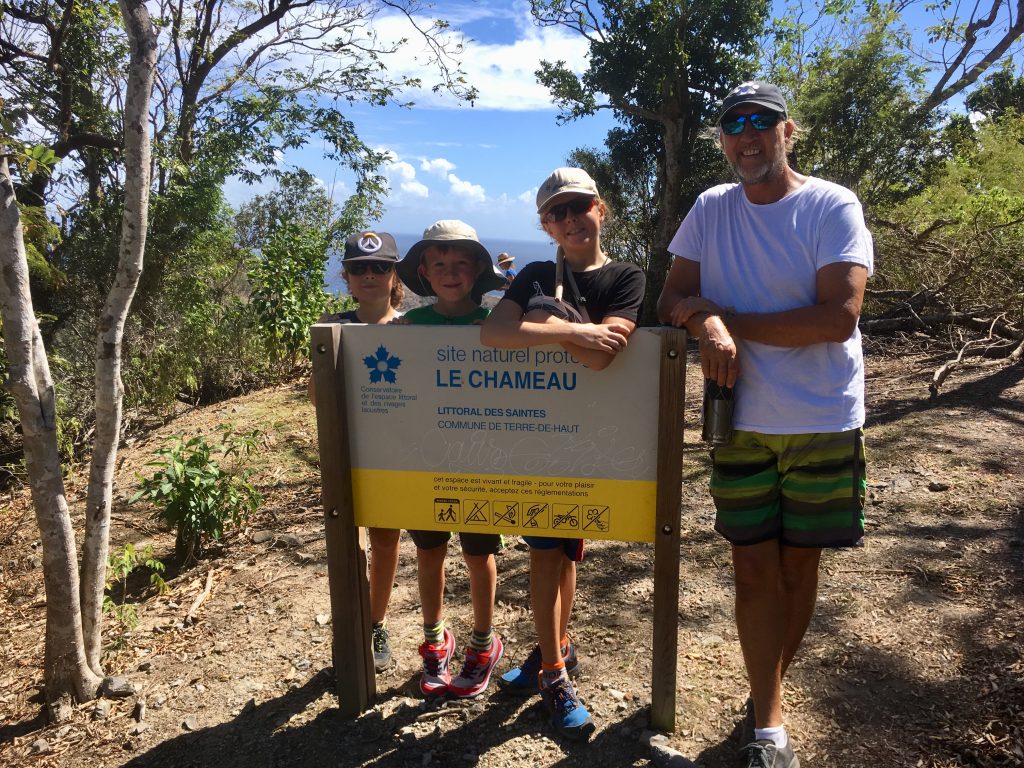 We could see the airport, lots of different harbors and a big seaweed line out in the Atlantic from the top. There was a square-rigged sailboat at anchor in the Anse du Bourg anchorage. We could see our boat below in the Pain de Sucre anchorage. It started to rain, so we ducked into an old building until it stopped. There were lots of names and I carved mine there too. 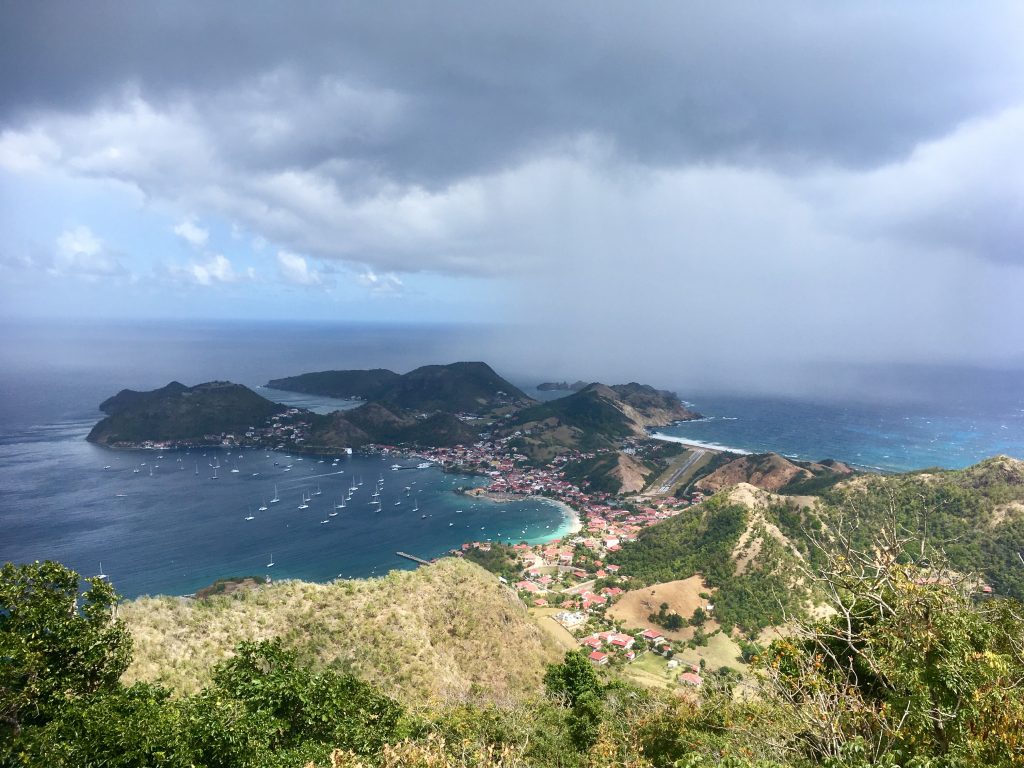 Coming back down the trail was fast, until me, Antione and Raffael found a baby goat. He was screaming behind a bush, so I slowly went up to him. He quieted down and let me pick him up. Then he was quiet. We had a fun day.

Raft up at Rose Island