The Family Island Regatta in Georgetown

We feel the pull of Georgetown. It’s time for the Family Island Regatta — the oldest regatta in the Bahamas where traditional sloops from all over the islands come to compete.

Weather is mild and seas are nearly flat out on the Exuma Sound, so we’re southbound. Several hours in, reels scream and we catch several big Mahi. It’s a gorgeous trip down. 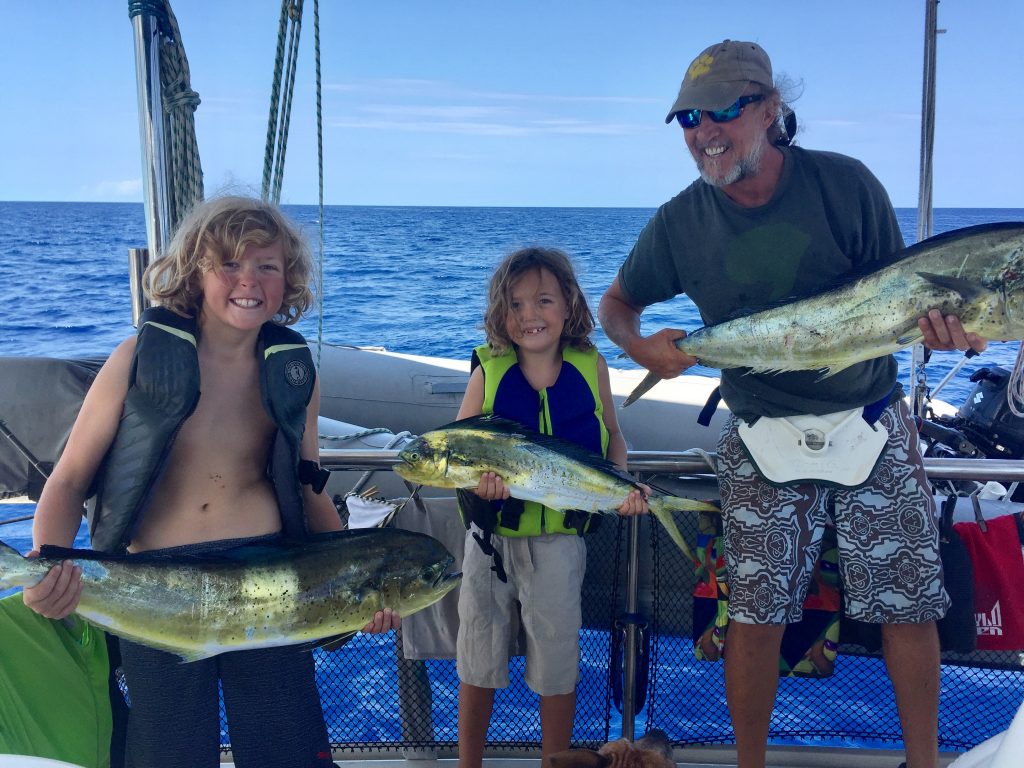 Our early start out of Staniel Cay cut has us anchored just off the Chat and Chill in Elizabeth Harbor by 4-ish. Plus

Next morning, Phill sees the Class A boat called Tida Wave pass us and speeds over in the dinghy to say hello. They’re out of Staniel Cay. He’s invited out to sail, tweak and prep the boat for the racing crew that afternoon. All the Bahamians we’ve met say this is the boat to beat. Apparently, they win this Regatta nearly every year. Phill is keen to be part of the crew, but they have enough people. Bummer. So he puts the word out…

As luck would have it, he finds a crew position on a boat called Legal Weapon out of Black Point, Exumas. Next day he’s off with Captain Magic and the crew for races starting at 8 a.m. Phill says the anchor start is chaos… he’s never experienced anything like it.

There’s so many fellow cruisers and camaraderie here for the festivities. Lots of kids too. The Chat ‘n Chill seems to be the kid hangout with sandy volleyball courts, swings in trees, games to play, stray cats to pet and stingrays to feed in the water by the conch café. 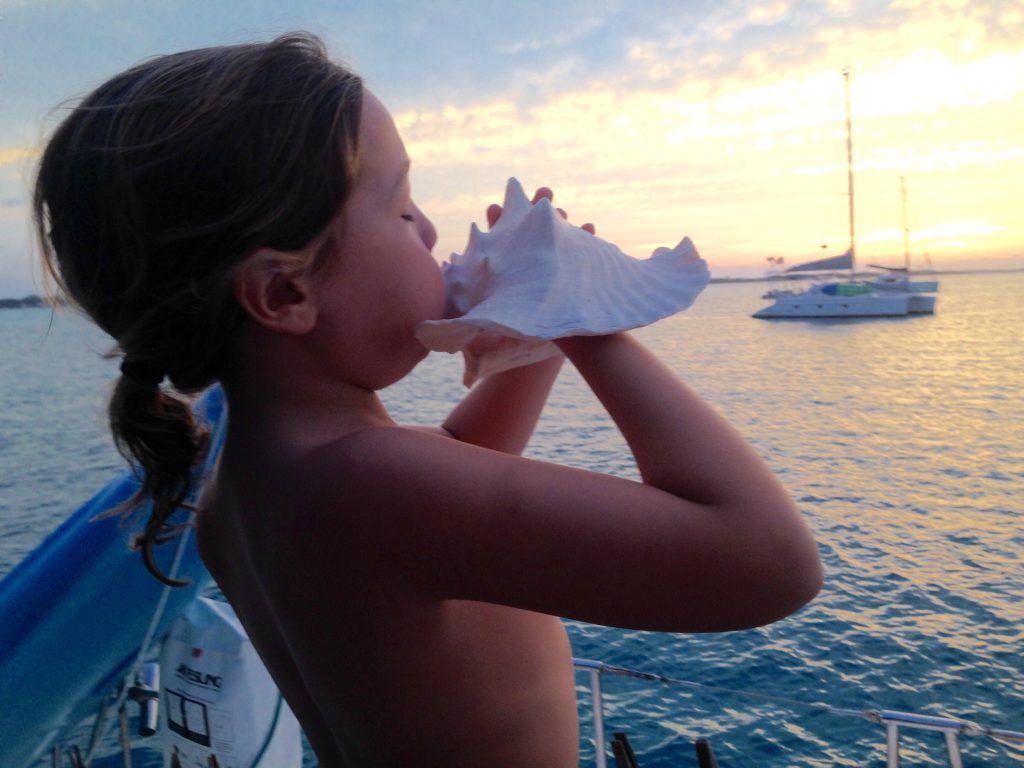 There are beachside parties with toasted marshmallows, hikes across the island to go shelling, blue holes to explore (with a very protective barracuda) and Hobie sailing out in front of Monument Beach. There’s so much to do in Georgetown and so many different anchorages to explore. It’s just like we remember, so fun.

An overnight sail—a first for the kids