Our first experience at Spicemas Carnival in Grenada is J’ouvert. They say this is the biggest show at carnival. I thought that the J’ouvert celebration with people dressed as Jab Jabs was crazy—not scary but crazy. It was fun to watch!

Jab is a French Creole word for devil—and people were dressed in devil costumes. Their bodies were painted black and shiny, but some were painted orange, blue and pink. Some people had helmets with horns. The story is the devils come out in the dark at around 4 a.m. and are off the streets by 11 in the morning. 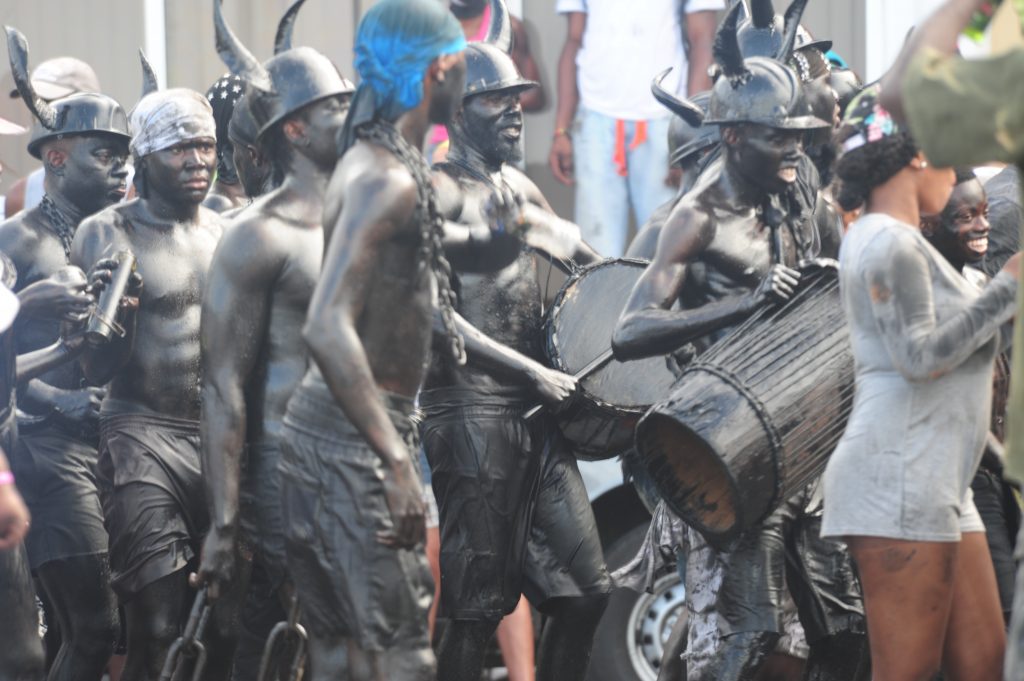 We took our dinghy to the Carenage in St. Georges at about 7 a.m. to see everything. Thousands of people were dressed as Jab Jabs and lots of others were dancing to music so loud that I could feel it thumping in my body! 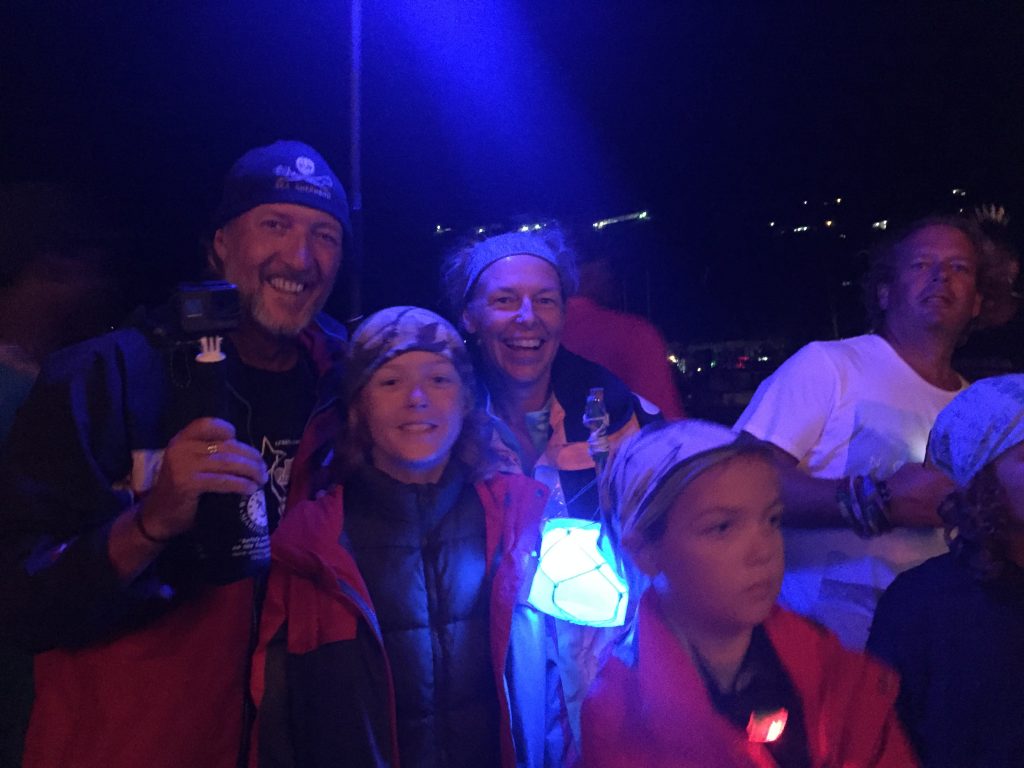 The next event for us was later at the Monday Night Street Jump Up. Things started to happen at about 9 p.m. They say this is the best light show on earth. The lights were mesmerizing. People were dressed like glowing robots. Light beams shot out into the sky. People wore carnival shirts, and had glow-in-dark mohawks, glow-in-the-dark sunglasses and glow-in-the-dark everything. Hundreds of people had light sabers and wands that were moving to the beat of the loud Soca music. The music rattled my whole body as the trucks huge speakers passed by us. This was a bit too much for my body! 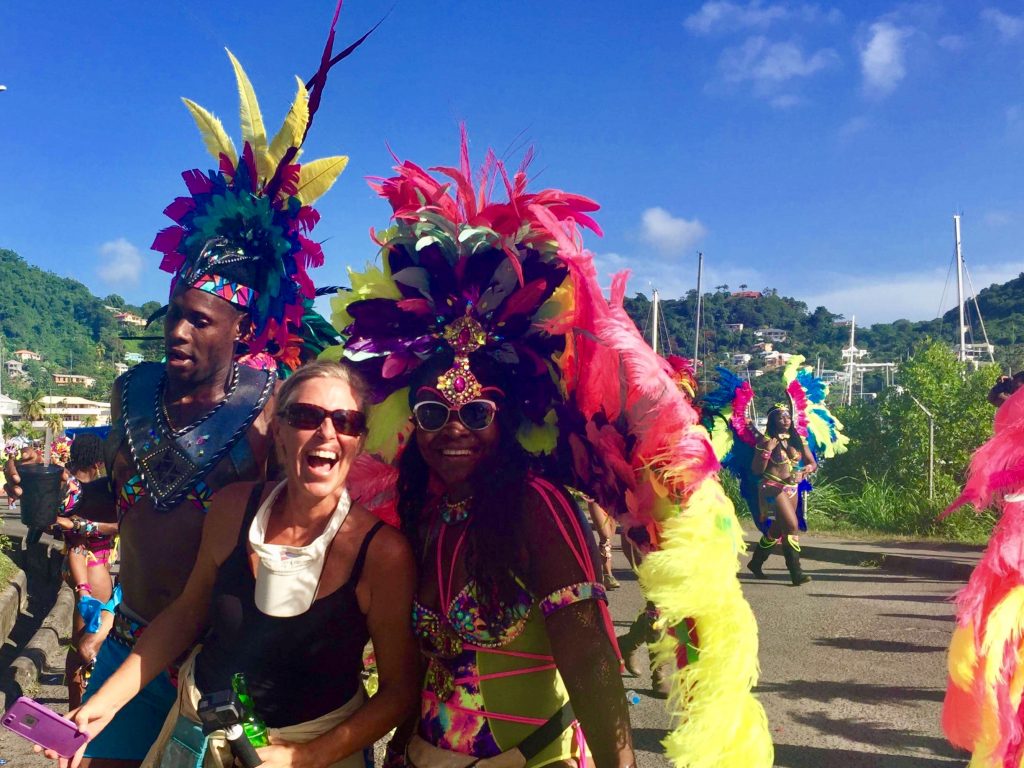 The last day was called Pretty Mas. We watched the bright and feathery costumes dance past us from the roadside. The view was amazing. Costumes were all so colorful and different, some were themed—like the Zulus. The kids were dancing and dressed in costumes too, and some were playing drums. A steel Pan truck came past towing a trailer with more drums which were also being played. And more people were walking next to the truck playing drums. We think there must have been around 50 people playing. The sound was amazing, the steel drums are the best.

Spicemas Carnival was very fun. It was the biggest parade of people I’ve ever seen.

*This blog is part of our homeschool curriculum. Tristan age 11 is learning to tell his stories.