We left Grenada and sailed to Union Island in the Grenadines. After grabbing a mooring ball, we walked to the airport to check into the county. When we got back to the boat, we went to Happy Island by dinghy. This island was man-made out of conch shells. We had some drinks and watched the kite boarders do tricks. One guy even jumped over our dinghy! They were super impressive.

The next day, we sailed to Tobago Cays which are actually 5 islands surrounded by a horseshoe shaped reef. When we first got there we saw a green turtle pop up its head out of the water. I got my goggles on and jumped in with the turtle. He was eating seaweed. I noticed that he had a leg missing, but that didn’t seem to bother him. He was swimming just fine.

Later on, we snorkeled the Horseshoe Reef. There were lots of fish and lots of dead coral. After our snorkel, we swam up to Baradel Beach. My brother and I built a totem out of wood, stones and shells. Then we went on a hike. We saw a giant hermit crab and lots of lizards.

Our sail to Salt Whistle Bay on the island of Mayreau was easy and very short. It was so pretty, the beaches were golden and the water was clear. We went to The Last Bar Before the Jungle. There was only jungle and bush after that. The floor was sand and we played ping pong on a slanted table overlooking the anchorage. There was a pool table too. It was lots of fun. 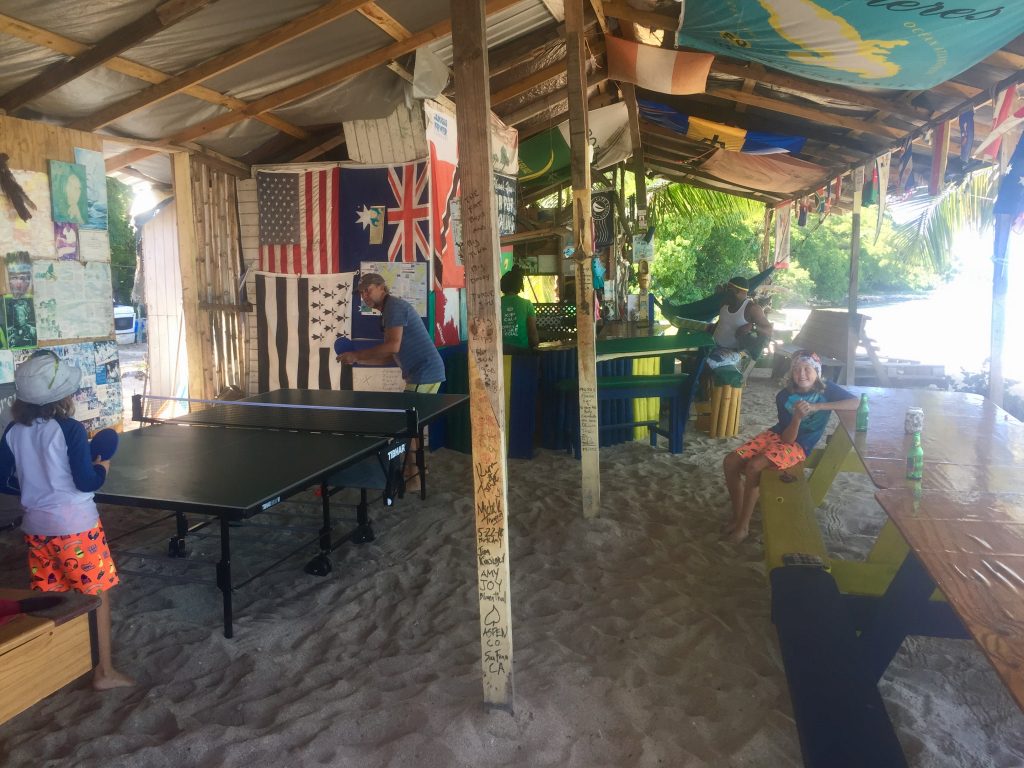 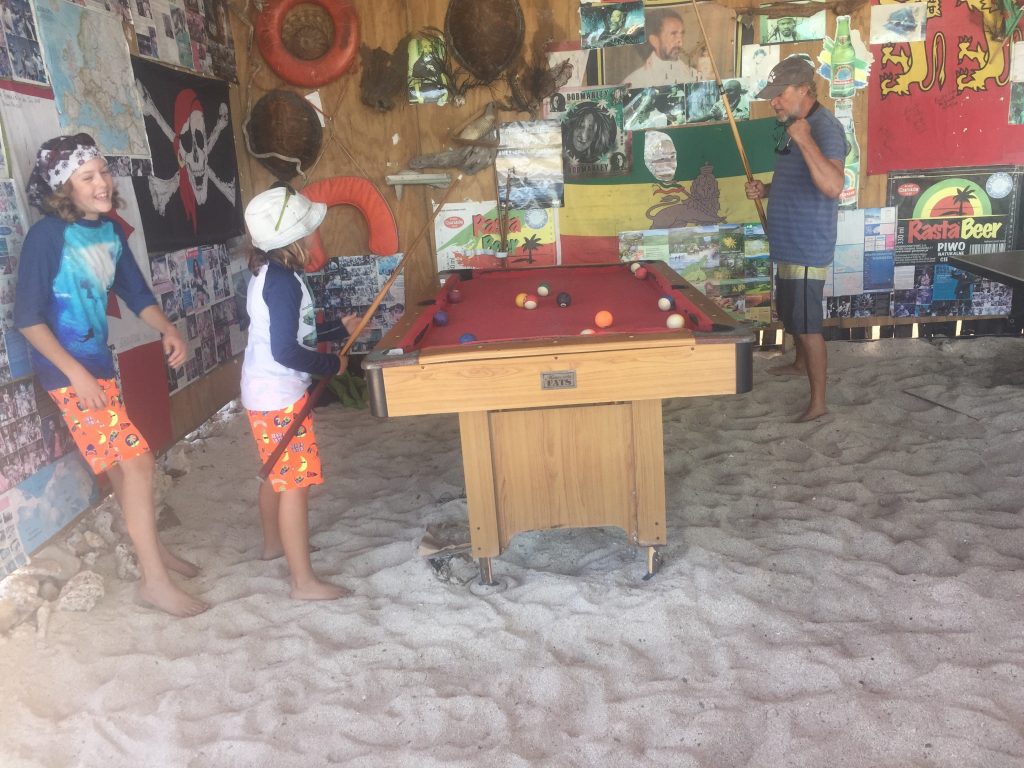 We saw a paraglider. He jumped from the beach and glided up into the sky with a girl suspended on a rope flying below him. She was doing acrobatics. We talked to them when they landed. They were from France. 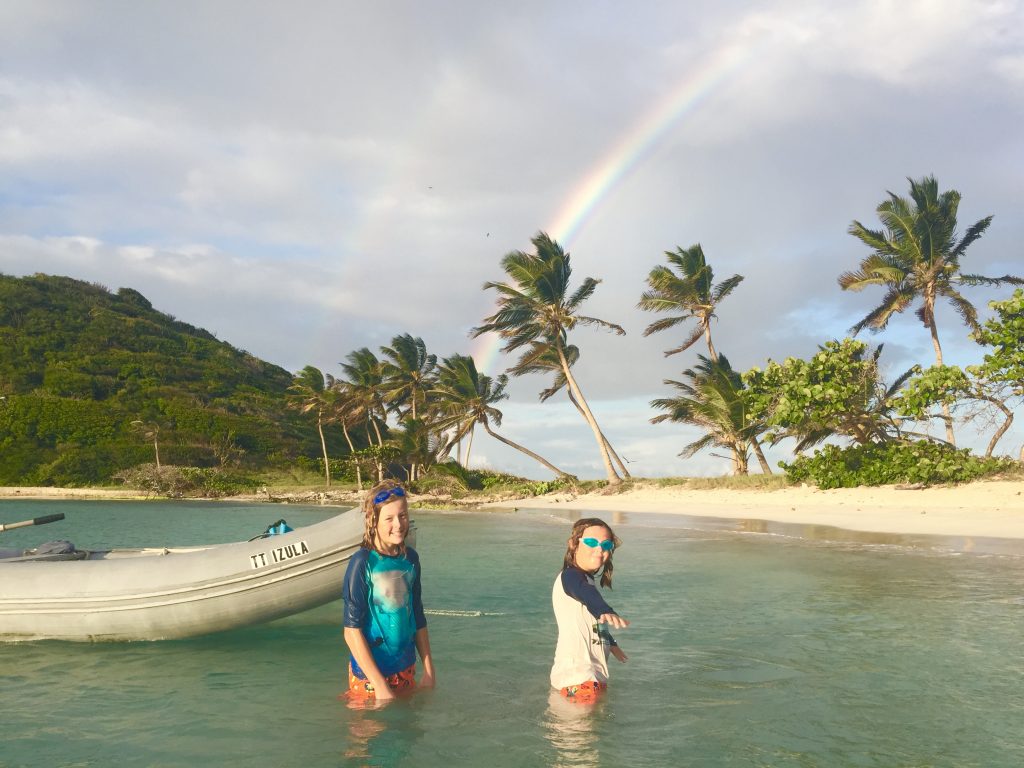 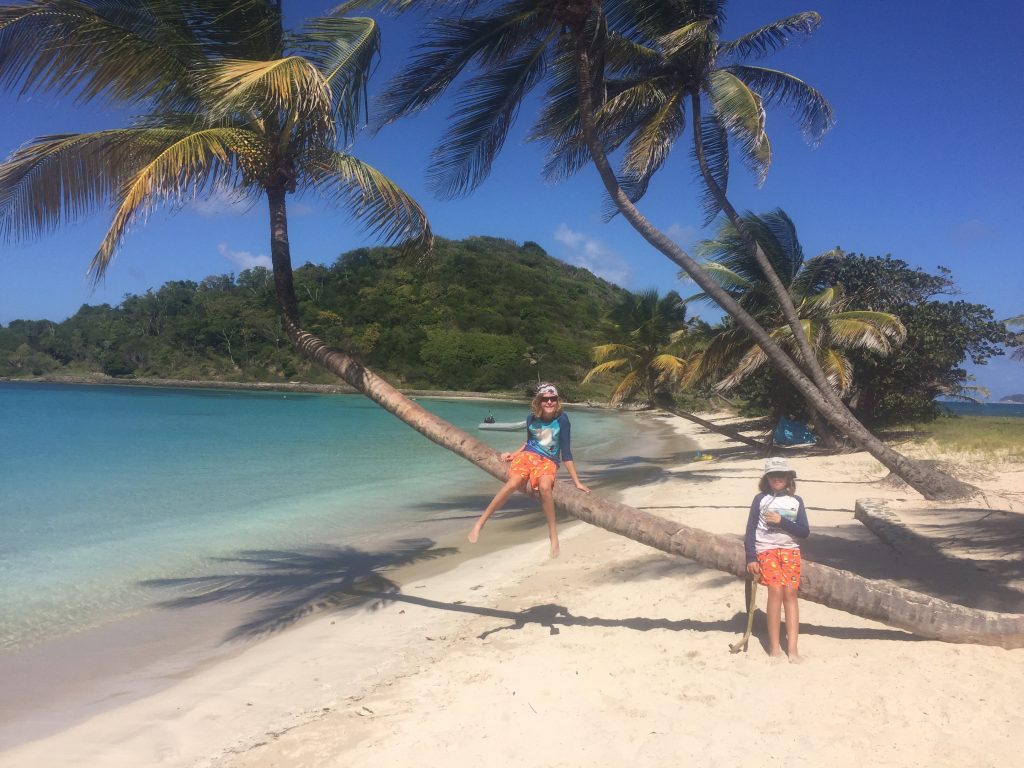 We swam off the beach and saw what looked be a giant machine gun from a battle ship. There were also lots of fish. We hiked along a thorny path, and at the end, there was an outlook over the ocean. Big waves crashed below us on the rocks. After a long day of play, we went back to the boat and left for Bequia the next morning.