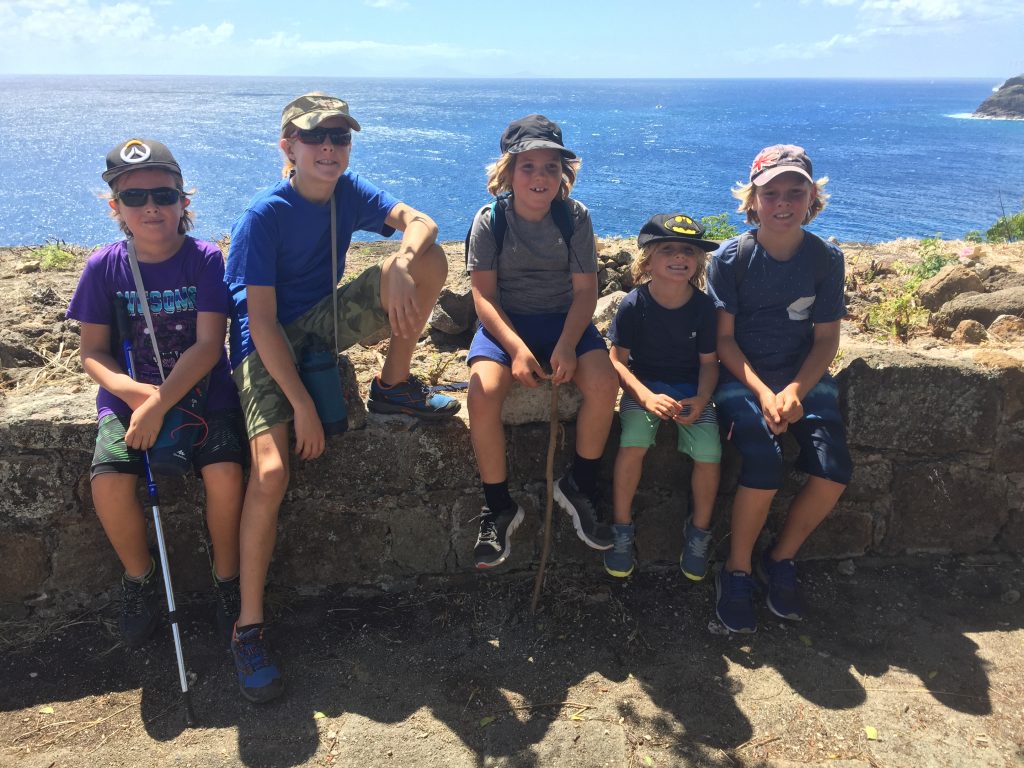 We anchored in Falmouth Harbor, and went walking with our friends on sv Roam in Nelson’s Dockyard. We met an Australian woman named Michelle who just finished rowing across the ocean in a rowboat. She’s the first ever Australian woman to do it, so she made history. She was tough as nails, but very friendly. 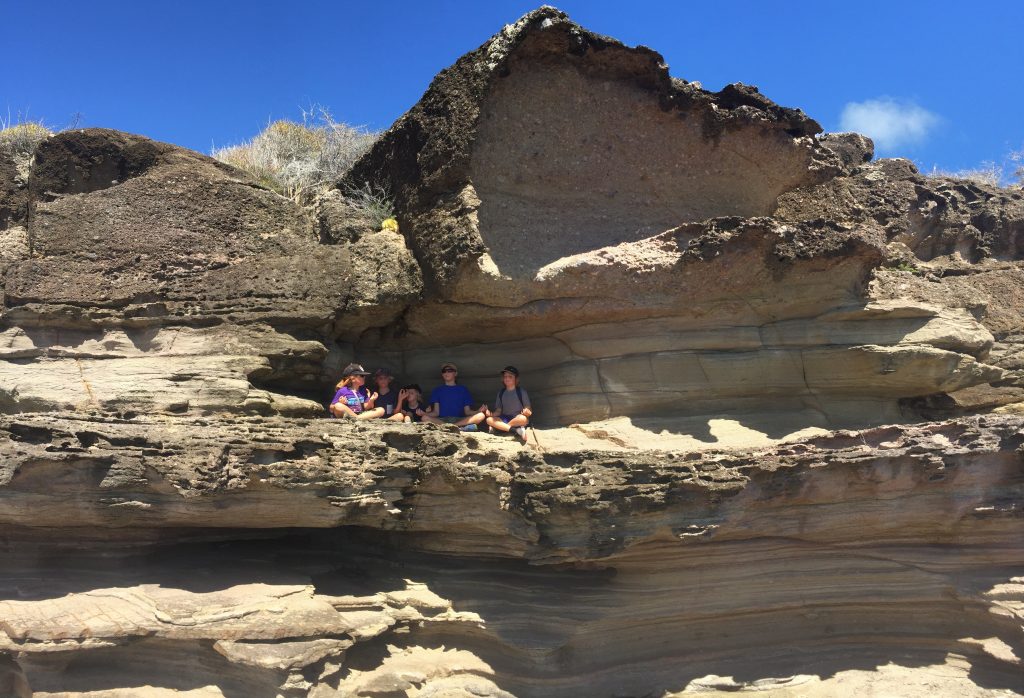 We caught a ride up to Shirley Heights to watch the sunset over the harbors. Steel drums were playing when we arrived. Jack and I went to check out the drummers. They were really cool. One guy had six drums by himself. The view was amazing. We could see all the anchor lights on the big boats. My dad said each boat that has a red light means that the mast is taller than 100 feet. 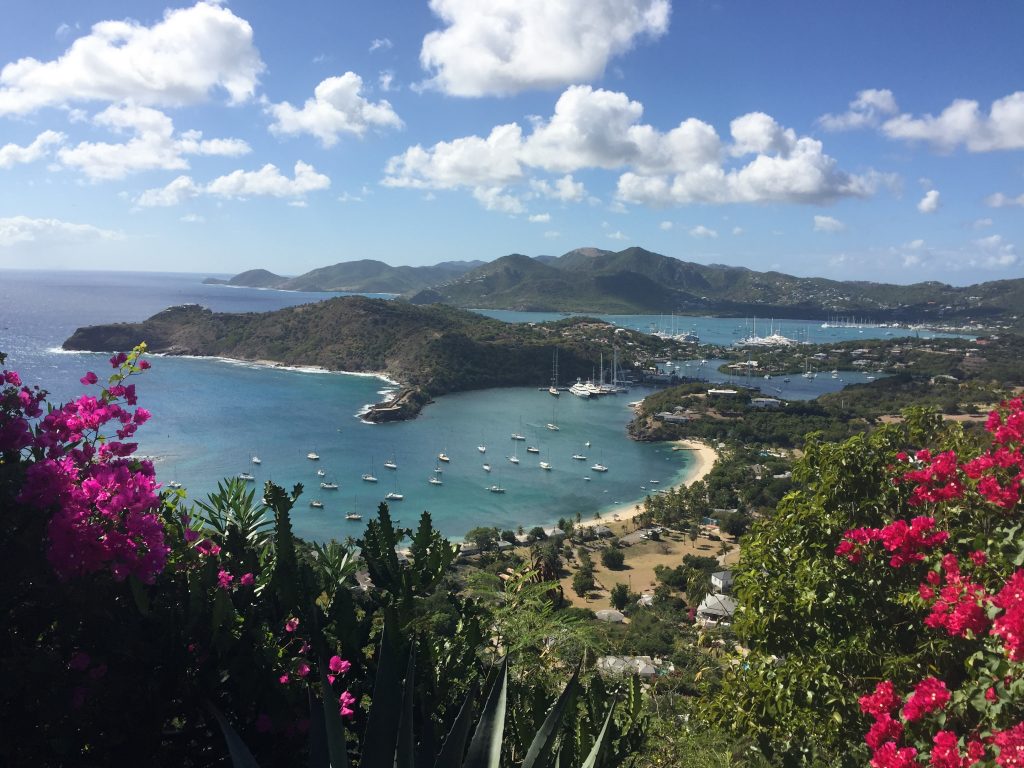 Jack and I went to a big field of grass and played while our parents were listening to reggae music.

Next day we went to Nelson’s Dockyard again. It’s a UNESCO cultural heritage site. We walked to Fort Berkeley which guarded English Harbor back in the 1700s. We saw a big cannon, and I climbed up on it. Then we took the 1-mile path up to an observation platform. To get there, we had to hike up dirt and use a rope that was tied on to trees. You could use it to pull yourself up the steep rocks. The views over the ocean were beautiful.

We also hiked the Carpenter coastal trail from Galleon Beach to Shirley Heights. There were cool rock formations and steep cliffs dropping down to the ocean. We climbed down to the tidal pools and saw trapped fish. There were loose rocks on the trail and cacti everywhere. Mom was nervous, but the views were totally worth the trip. 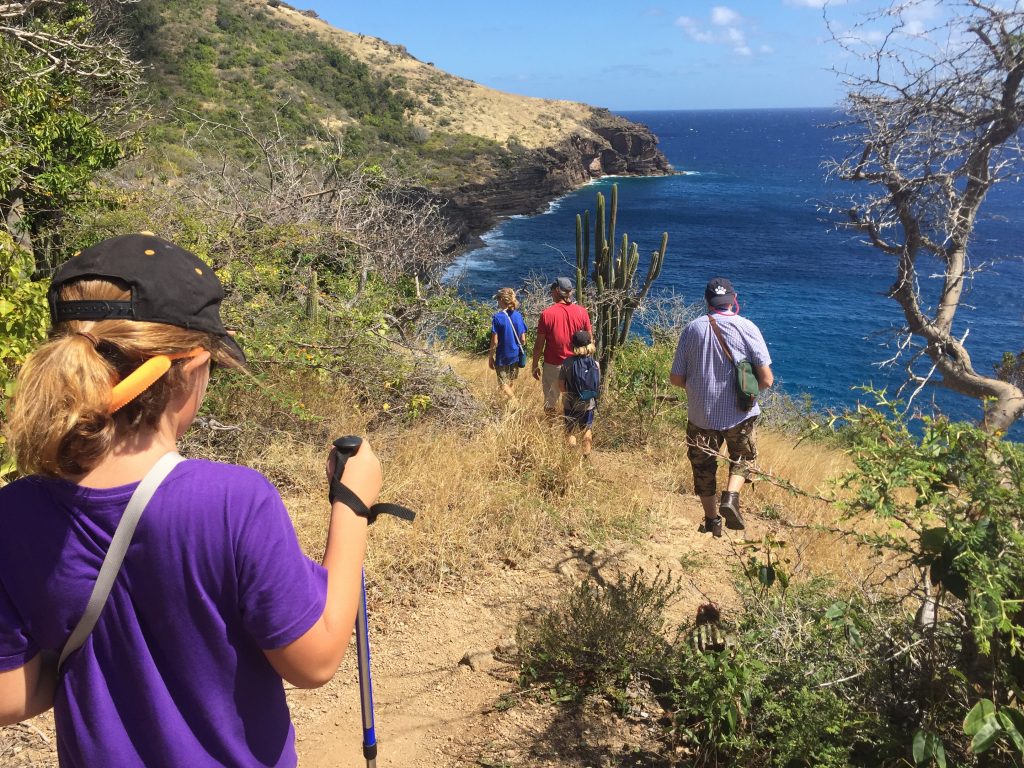 Sailing into the Bahamas 2018

The Brightest Stars are in Barbuda