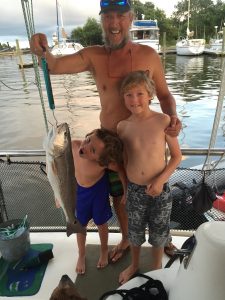 We enjoy incredibly fresh seafood aboard Izula. And the catch here in Southport has been exceptional. Just off the back of the boat, the boys reel in a variety of delicacies. Keepers on this week’s menu have included Southern Flounder, Red Drum and freshly netted shrimp.

For us, all this fresh food starts with the cast net. Once we net the live bait, we’re ready to fish. Last week Phill gave the kids their first cast net throwing lesson in the shallows at low tide. After a few days of determination and practice, Tristan nets his first fish. Same day, Phill discovers a huge shrimp in his net. They both realize that shrimp are plentiful on the banks along the Cape Fear River here in Southport. So the guys get to work and net about two pounds for the evening’s appetizers.

Identifying what we catch is half the fun. We find a baby mackerel which we return to the water so he can keep growing. Bodin catches a sponge crab and helps this soon-to-be mama get out of the net and back in the water. Tristan has what he thinks might be a baby Triple Tail.

With our fresh catch cleaned and back at the boat, our new friend Fay tells us how they cook the shrimp in NC. Sounds a bit barbaric, but we pinch off the heads first. Then we put the shrimp into a pot of boiling water with a tablespoon of apple cider vinegar and a few generous shakes of Old Bay seasoning. These shrimp went from river to pot in a matter of minutes and were the freshest peel and eats we’ve ever tasted. 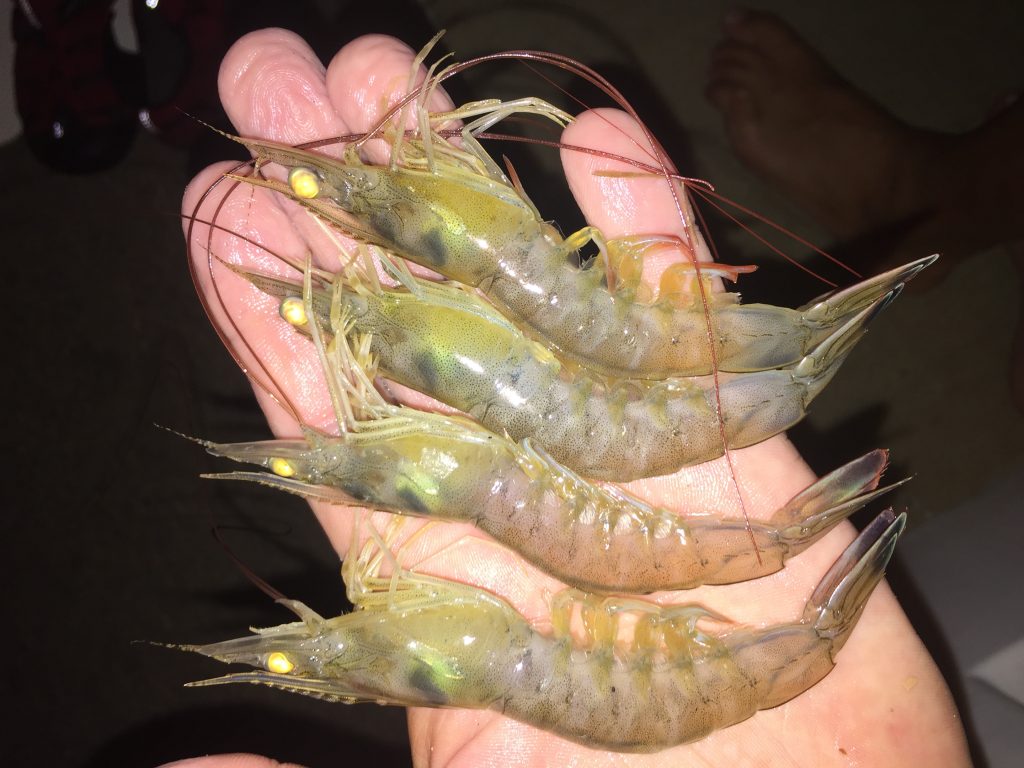 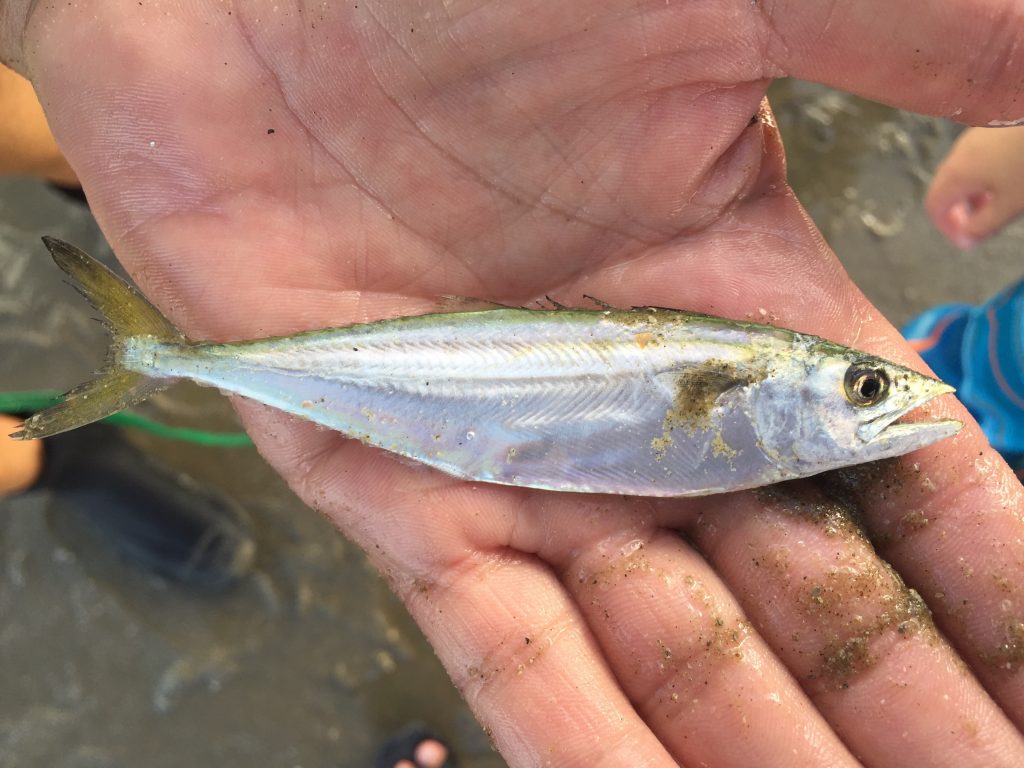 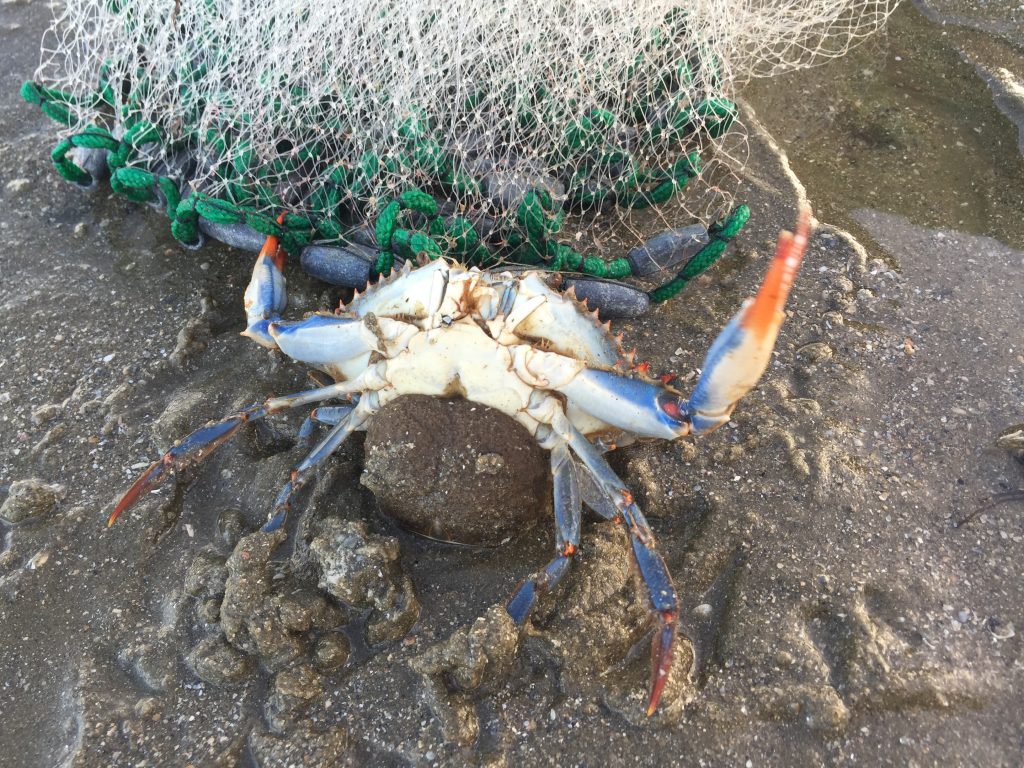 After that, we cook up the Red Drum (caught late last night) with a liberal sprinkling of Prudhomme’s Blackened Redfish Magic seasoning. Nothing beats the cast iron skillet for this job. And it’s another deliciously fresh meal aboard tonight. 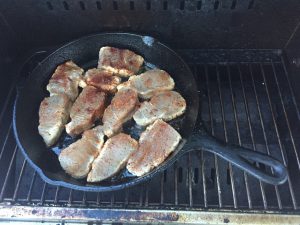 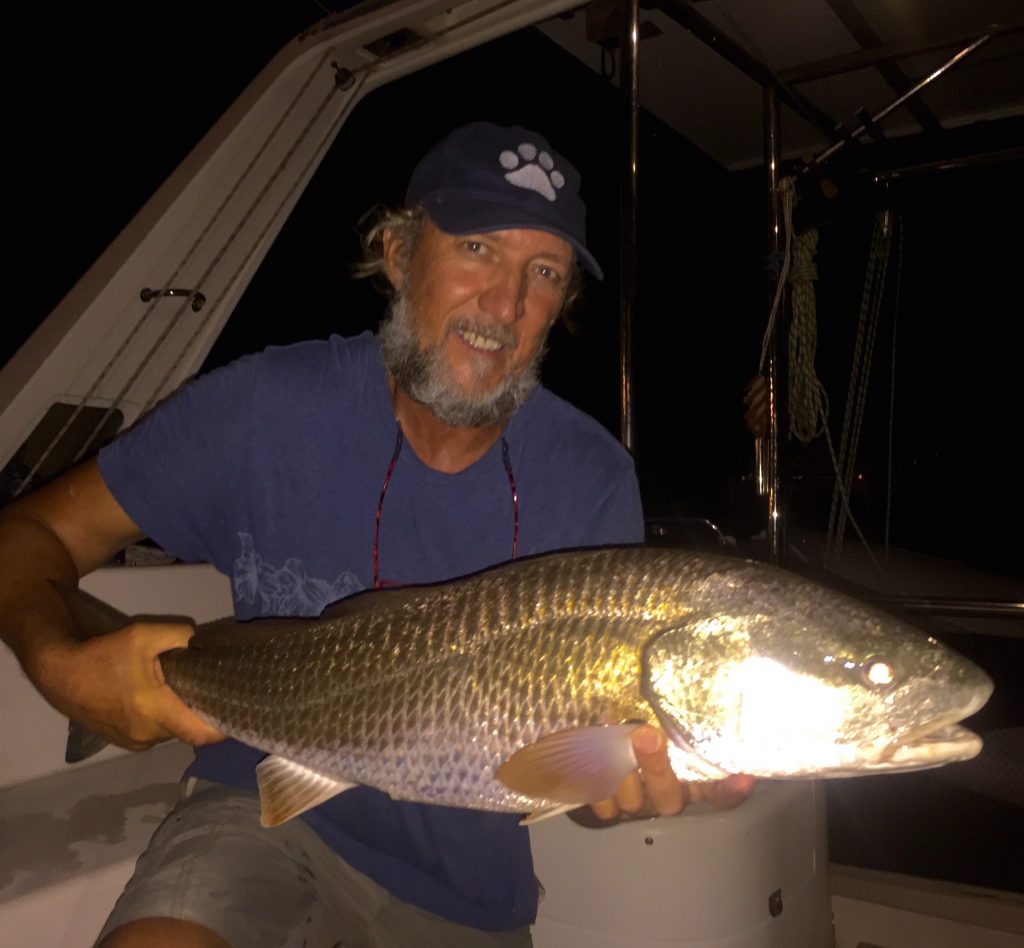 Released this 34″ Red Drum for good karma. Great fight on the topwater!

Licked by the Tongue of the Ocean