Home » Uncategorized » Hurricanes vs Volcanoes in the Caribbean

While we were anchored in Simpson Bay in Saint Martin, we saw what hurricanes can do. Hurricane Irma hit the island last year. When we went in the lagoon in our dinghy, we saw lots and lots of sunken boats.

There was a megayacht that was sunk up to its decks. There were half-sunken sailboats everywhere, some without masts, some you could see through and lots that were totally covered in barnacles because they had been sitting underwater. I felt sad for all the boats because they were people’s dreams. And some people lived on them. 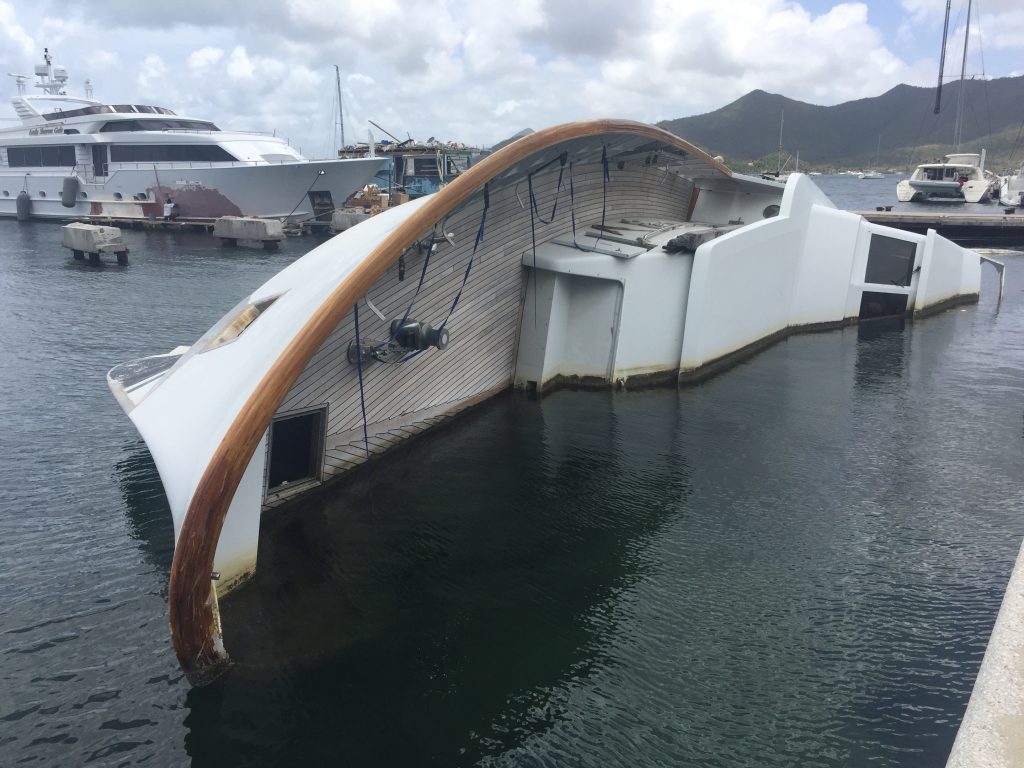 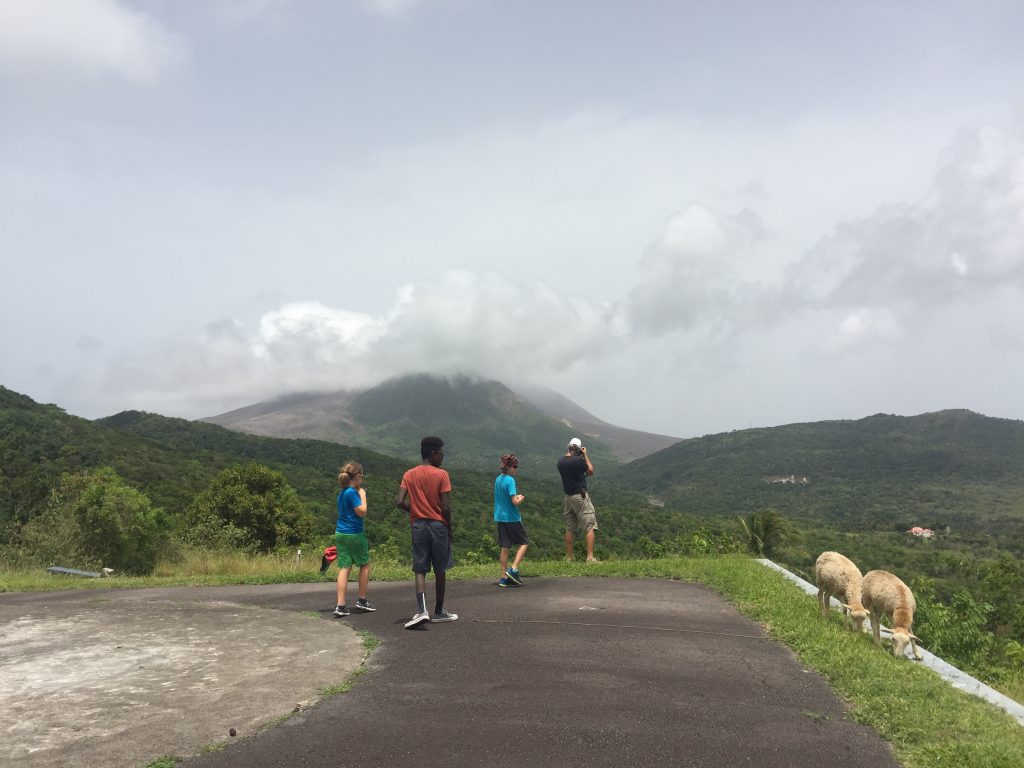 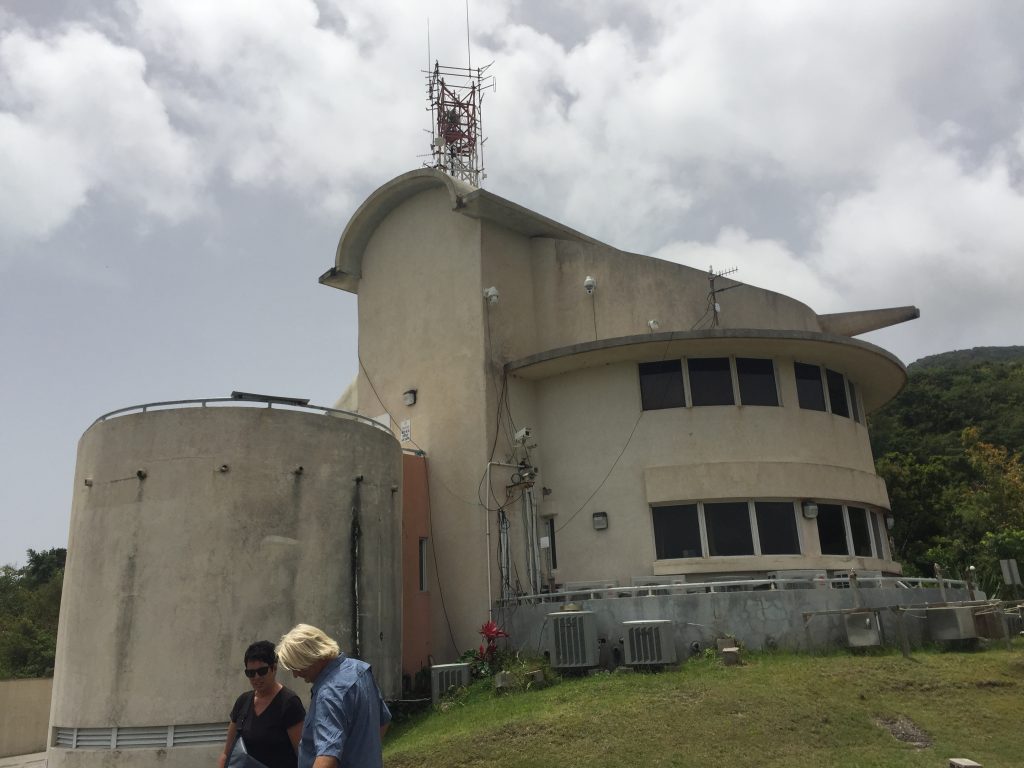 We went into the “exclusion zone” and saw the town of Plymouth. We saw a building that used to have 5-stories but now you can see only 2. It was buried with pyroclastic flow and a mudslide from the volcano. The ash from the volcano made trees and plants grow fast. And the jungle has covered lots of the houses. 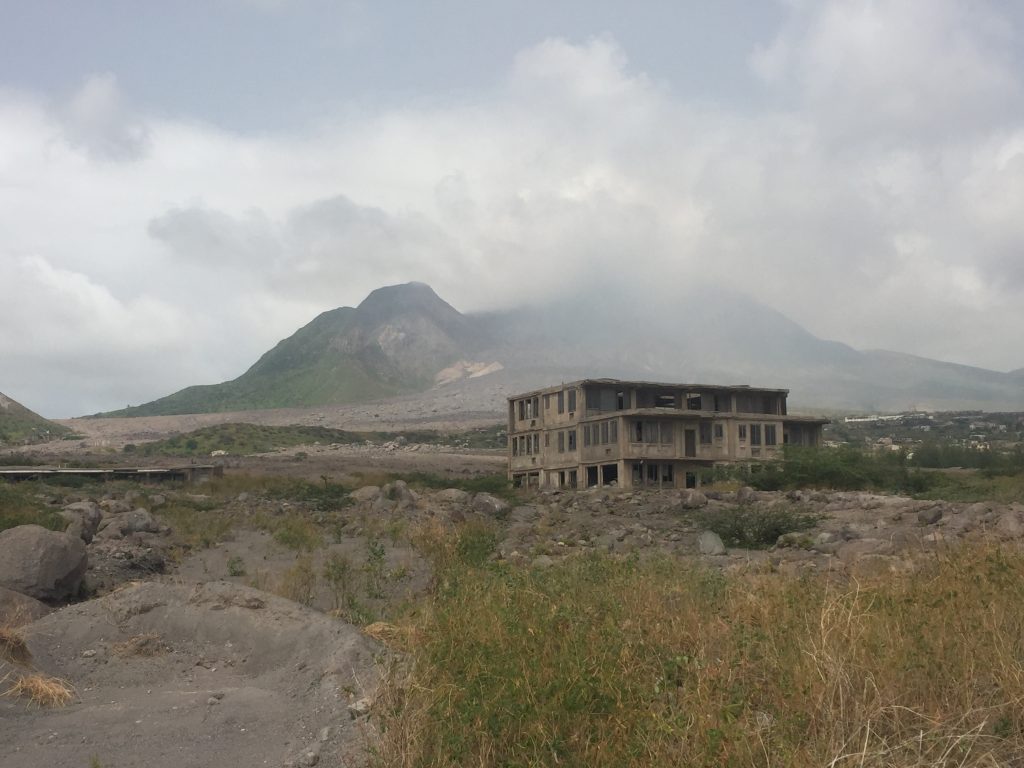 Nobody lives on the southern side of the island anymore. A few days after the volcano happened, some people tried to get back to their homes and found that the area had become an “exclusion zone.” Some people were told they were going away for the weekend, but they were never able to go back to their homes. That was 20 ago.

They say that the Soufrière Hills volcano now counts as one of the best-monitored active volcanoes in the world. I think they’re both destructive. I think volcanoes are more destructive to land, but I think hurricanes are more dangerous for people.